Will the Dutch future be Red? H. Numan sends this report on the latest political shenanigans in The Netherlands. 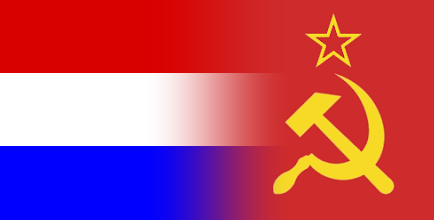 What’s going on? A bit of a murky deal to save themselves a world of trouble. Like a company where the management intentionally steers for bankruptcy. For years we have had nothing but trouble with our IRS. Several junior ministers (we call them state secretaries) and a minister have already had to resign. The IRS wants to digitize their administration and can’t get it properly done. The taxpayers suffer for it. In this case, really badly.

Time to update you about the situation behind the dikes.

This affair is called the ‘toeslagenaffaire’ or ‘allowance affair’ in English. It’s complicated. Two departments are involved: social affairs and finance. To be exact: the tax department. One gives away the money, the other approves of it. Peter robbing Paul. The problem is that Paul knows he’s being robbed and responds to it by wildly lashing out on what he can. I’m not going to bother you with the intricate details, but in a nutshell: parents could ask Social Affairs for an allowance to put their children in daycare. Large amounts of money are involved. Several thousand euros per family. As it is a tax deduction, this is administered by the tax department. The system is wide open to abuse, and was — of course — widely abused. The tax department responded with draconian measures. Thousands of parents have been charged in lawsuits or put in jail. Several even committed suicide over it.

A parliamentary inquiry is on the horizon. The government knows they can’t control it. Even their own parliamentarians will ask questions, and in all likelihood some will vote against their government. Simply because they have no other options. Yes, they would love to support the government, but this sordid mess doesn’t allow it. Something has to be done. ‘We have set up a commission to investigate’ won’t do it this time.

A lot of nasty stuff will be aired during a parliamentary inquiry. Several heads will roll, almost assuredly. With elections coming in March 2021, not something the government would like to see. So if parliament orders an inquiry, it is very likely that the government will resign. Not much can be done before March, anyway. Better go for the safe option. The Dutch media started airing this scenario last week, and continue to do so. That’s why I think we will see the resignation of the cabinet, probably at the beginning of January.

Premier Rutte is known as the Teflon premier: nothing sticks to him. I think he also has a reverse Midas touch. Everybody who dares to work within him withers away. In this first cabinet that was the PVDA (Labor) party*, which shrank to nothing. In the second cabinet, it was the PVV which had to pay the price. Now two coalition parties are on the chopping block. D66 (left wing liberals) and the CDA, the Christian Democrats.

In the past Rutte always got away with everything. This time, that’ll be more difficult for him. First of all, it’s getting a bit obvious. Second, he has a proven track record of lies, broken promises and bad policies. Did you know that under his government more than 10,000 ICU beds were removed? He worked ten years to make our health service “more efficient”. 70,000 health care workers were no longer necessary. Until the Covid pandemic broke out, that is. That ‘efficiency’ is going to haunt him during the elections.

Now back to the situation today. Quite a lot happened since my last article. First of all Hugo de Jonge has resigned as leader of the CDA party. He is the current minister of health and about the worst you can get during the best of times. These aren’t the best of times. His leadership during the corona crisis was basically running around in fancy shoes shouting that the sky is falling. He is being replaced as party leader by Wopke Hoekstra. Not Pieter Omtzigt. When Hugo and Pieter fought over leadership, Hoekstra politely declined. As Omtzigt is somewhat conservative, CDA leadership urged Hoekstra to take over Hugo’s position. It also very clearly shows that no matter what, the CDA will not work together with conservative (= PVV) parties.

That is a very nice example how our elites differ from the common man. The elites want more EU, more care for the environment, many more refugees, even a global reset and whatnot. Provided it doesn’t inconvenience them. There seems to be a kind of mind-block or Tulip mania that kicks in when you earn more than twice the average. If you earn average or lower, you’d say: who’s going to pay for all that? Me? No way! Once one passes that threshold, it becomes a concern of the dumb electorate, who don’t know what is best for them. That’s not just in politics or just The Netherlands, but everywhere. Your progressive elites think exactly the same. Ours simply try to copy what is fashionable at the moment.

Something else happened. Not earth-shattering, but still. The PVV has competition from Forum for Democracy (FvD), founded by Thierry Baudet. No more. His underlings tried to stage a palace coup and lost. Now the party has dropped from a possible +20 seats to less than 5. The PVV is picking up some shards.

Baudet is aiming for a far more elitist audience than Wilders. He gave his maiden speech in parliament in Latin, no less. I appreciate that. My Latin stops at Gallia est omnis divisa in partes tres. (Though I did read it in English.) However, who exactly do you impress with such a statement? Not exactly the common man. Not a problem; there is plenty of room for a conservative party that aims towards a better-educated/paid electorate.

However, inside that party not everything was hunky dory. Some claimed the youth group had become neo-Nazi — that usually does the trick. They insisted that Baudet retire the youth group and resign himself. Only he didn’t. The coup failed. The result was a lot of bad publicity and a severe drop in the polls for the Forum for Democracy party.

Which, of course, is good news for the PVV. That party is growing steadily. However… I’m not optimistic. You’ve seen the results of the US elections. MASSIVE fraud. All covered up by the media and big tech companies. Swept under the carpet. Nothing happened. Why? Because we tell you so!

Under Mark Rutte, the conservative VVD party moved steadily to the left. So did the Christian Democrats. Same for D66, a progressive split-off of the VVD. They ousted their leader a couple of months ago and currently want Mrs. Sigrid Kaag (married to a PLO officer) to run for prime minister. Why? Because she’s a woman. No other reason.

I’m pretty sure the election scenario will be something like the PVV becoming the second largest party. Not the largest party, for then Wilders calls the shots. The VVD will remain the largest party, albeit with less support than before. The Christian Democrats may — or may not — survive the change of leadership. No matter what, a really left-wing coalition is probably what is going to happen. It looks impossible, the world turned upside down. But very likely we will see a conservative-communist government after March 2021.

Why? Because nothing else will work. The VVD, D66 and CDA will shrink, and cannot form a government. They need support to make up for the numbers. A PVV in the cabinet is not going to happen. The PVV and FvD are boycotted. And will remain so, unless they really win the elections. Which will not be allowed. That means only GL (former communists) and possibly the labour party will do.

8 thoughts on “Possible Resignation of the Dutch Cabinet Soon”