Today is the nineteenth anniversary of the failed attempt by Richard Reid, the “Shoe Bomber”, to blow up a jetliner over the Atlantic Ocean. Mr. Reid attempted to ignite a bomb concealed in his shoe on an American Airlines flight from Paris to Miami on December 22, 2001. He now resides in the U.S. Penitentiary Administrative Maximum facility in Florence, Colorado, and will be there for life — unless, of course, he gets a COVID-19 release, as so many other dangerous felons have.

Michael Copeland has composed a poem for the occasion of the anniversary. 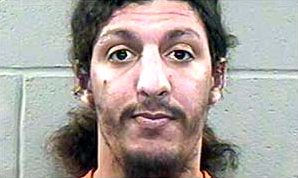 For harm, for harm, for maximum harm,
Was the bomb that he hid in his shoe.
To kill for Islam, and be killed for Islam,
A devotional act to do.

When he boarded the plane there were splashes of rain
Which had an effect on the fuse.
It failed to ignite, and others caught sight
Of the terrorist lighting his shoes.

The passengers leapt into action.
One pounced and grappled him tight.
Pinned to the floor by a hero and more,
He was forced the dust to bite.

He meant to deprive all the others of life,
All ties with the world to sever.
Now jailed for life, where life means life,
He won’t be released. Not ever.

7 thoughts on “For Want of a Shoe”