The German government is attempting to take another step that will bring it that much closer to achieving the full totalitarian state. And all because of COVID-19 — when a pandemic is underway, citizens must give up even their most fundamental rights.

Hellequin GB, who translated the article below, includes this introduction:

Will they shoot you, if they think you’re infected and you refuse to be forcefully tested for the “VIRUS”?

According to the German constitution, physical integrity is a fundamental right of all people. In Germany it is part of the Basic Law (Article 2.2). Both the physical and mental health of a person is considered to be part of physical integrity. Social well-being is not included.

But with this new law that has been proposed… will there be a return to the “good old days” of Dolfi, the unsuccessful painter from Braunau in Austria and his merry band of murderous sycophants? If you remember from your history lessons in school, they had those special “health care” facilities in which the “patients” wore those striped pyjamas, and they took really good “care” of them, all the way into the mass grave.

I know, since one of my grandfather’s older brothers had been taken by the authorities to one of those homes for the mentally challenged, and miraculously died within six months of pneumonia, in JULY. My great-grandparents never received his body for burial.

So my question still stands: With this newly proposed “law”, will they shoot you if you don’t comply?

The translated article from Politikstube:

Alice Weidel: The corona policy of the federal and state governments abuses the Infection Protection Act as a substitute emergency law in order to restrict citizens’ basic rights and freedoms and to circumvent the rights of parliamentary participation. Well-known constitutional lawyers criticize this emphatically and clearly; courts recently overturned a number of inadequately justified blanket measures.

The governing coalition is responding with a maneuver that is hard to beat in audacity: It wants to expand the Infection Protection Act to include detailed and comprehensive authorizations to act.

This is not only intended to formally legitimize the already enacted restrictions and others on fundamental rights that are probably still in the drawer, including their insatiable thirst for surveillance. 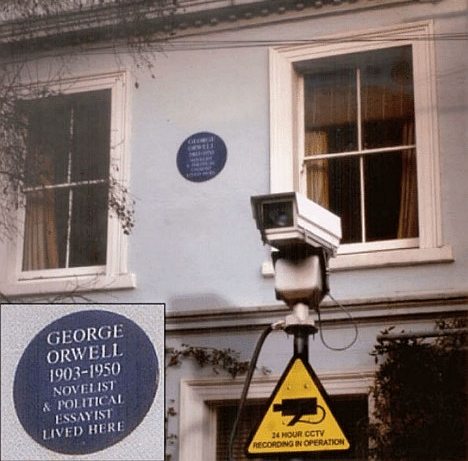 Any right to debate or even to take legal action would also be nipped in the bud. The surveillance state is within reach.

The “Draft of a Third Law for the Protection of the Population in an Epidemic Situation of National Impact” presented by the Union [CDU and CSU] and the SPD, which was on the agenda today in the plenum of the German Bundestag, reads as if it were taken directly from George Orwell’s 1984. In particular, the newly-inserted paragraph 28a of the Infection Protection Act provides for hard and unacceptable restrictions on a whole series of central fundamental rights.

Competencies for querying and storing data will be expanded dramatically in a central electronic register from January 1, 2021, and ultimately they may be expanded to include all possible new viruses or bacteria. Even the appearance of mere symptoms should be reported.

Under the pretext of fighting a pandemic, the surveillance state creates the transparent person — from constant knowledge of the whereabouts and the forced detention of the citizens, to compulsory examinations up to the restriction of the basic right to physical integrity (Article 2 paragraph 2 sentence 1 GG) — that, too, is available.

This extension of the Infection Protection Act is de facto equivalent to an authorization that is reminiscent of dark times. It is all the more frightening that there has been no audible outcry either from the media or from society.