In the following guest-post, NorseRadish examines the underlying motivations of Arab states in the Persian Gulf for signing the recent Trump-brokered peace deal with Israel. 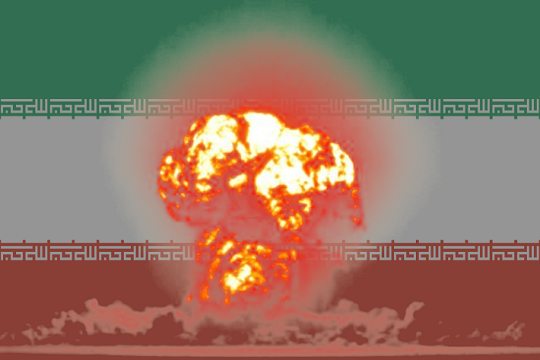 How Iranian Belligerence may be Driving Middle East Recognition of Israel

Recent overtures by Muslim Middle East nations such as the United Arab Emirates and Bahrain are highlighting a not-so-subtle shift in regional pan-Arab unity. Just the overflight of Jordan and Saudi Arabia by El Al flight 971 from Tel Aviv to Abu Dhabi represents a significant departure from decades of previous non-recognition of the Jewish state. All of which beggars substantial questions regarding the drivers of these unprecedented events. 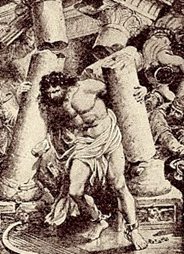 Less well-known to those unfamiliar with the intrigues and machinations of Middle East politics is Israel’s unstated policy of general retribution which is intended to discourage aggression by its unfriendly neighbors. Commonly referred to as the “Samson Option”, it is a promise of catastrophic regional retaliation should the Jewish state experience even a single attack that uses weapons of mass destruction.

This unsettling policy can be seen as a direct response to Ayatollah Khomeini’s threat of annihilation that was posed in his 1980 Qom speech. “We do not worship Iran, we worship Allah,” said the Iranian patriarch. “I say let this land [Iran] burn. I say let this land go up in smoke, provided Islam remains triumphant in the rest of the world.” Such an implicit and suicidal threat against Israel was not taken lightly, as later events would make known.

Mordechai Vanunu, an Israeli former nuclear technician, revealed details of Israel’s nuclear weapons program to the British press in 1986. Previously they had neither been confirmed nor denied, and this unwanted airing of Israel’s offensive might represented a tectonic shift in the strategic balance of Middle Eastern military forces. Towards that end, Israel has taken its own steps towards securing its national interests.

One of the more prominent events in this regard was Israel’s 1981 bombing of the Osirak nuclear reactor in Iraq. Despite speculation about its efficacy, “Operation Opera” wasn’t the only preemptive strike of its kind. Also in this same category was the 2007 attack in Syria of the Al Kibar construction site. Known as “Operation Orchard”, the target was a facility that bore many hallmarks of a North Korean reactor design. Perhaps far more interesting was the ability of Israel’s air force to carry out this strike with almost total impunity. It appears that Israeli warplanes had safely returned to base before Syria became fully aware of the destruction in the Deir ez-Zor region.

Even now, the 2010 Stuxnet virus attack is still portrayed incorrectly. From a September 2020 article:

The Israelis then infected Iranian computers with the worm, which in turn ordered about 1,000 centrifuges to speed up so fast that they destroyed themselves.

This is a drastic oversimplification of events. The virus was so large that it has been described as a two-part construction consisting of a “warhead” and “delivery vehicle”. Its massive size rendered it unable to be transmitted via email and required it to be implanted onsite with a flash drive or other mass memory device.

After introduction, it distributed itself and took up multiple residences in printer storage buffers and other bulk memory caches. All the while, this virus remained dormant and gave no sign of its presence. Its sophistication was such that, when activated, facility monitoring screens were mimicked so that operators only saw “green” conditions, even as the gas centrifuges were being placed in malfunctioning states. This did not merely involve their being operated at overly high speeds. Instead, these delicately balanced mechanisms were periodically run above and below optimal rotational rates, thereby causing excessive wear on their mechanical bearings.

The intervals during which this happened were spaced by full weeks in order to minimize any chance of detection. As a consequence, such excursions outside of normal operating conditions were allowed only for relatively short periods and then returned to nominal speeds. The upshot being that damage was done gradually and in a cumulative manner to the point, when finally detected, the harm was so decisive that these complex assemblies were far beyond simple repair.

The virus then erased itself in order to cover its tracks. This level of sophistication was such that more than one reporting source speculated that the attack was a coordinated effort involving both Israeli and American intelligence agencies. As an example, highly specific programmable loop controllers (PLCs) were targeted. These industrial process control units are used in a wide variety of manufacturing applications but it required exact knowledge of which brand (Siemens, a German make) was being used in order to substitute the precise operating codes.

Between 2010 and 2012 there were targeted assassinations of four Iranian nuclear scientists and the wounding of another. The use, in some cases, of magnetic bombs made these more than just random drive-by killings.

A 2018 theft involved half a ton of secret materials, including 50,000 pages and 163 compact discs containing files, videos and plans. This caper required detailed foreknowledge in terms of precise internal locations at the actual site, specialized safecracking equipment, and foreknowledge of existing security arrangements which had to be circumvented. Just the logistics of extracting such a bulk of physical assets and spiriting it from within the country constituted an elaborate operation of such gigantic proportions that the preplanning must have been quite extensive.

This latest (2020) Natanz centrifuge assembly facility explosion has been blamed upon internal subversive elements. Possibly, this was done so as to avoid making Israel appear too powerful. In a pronounced shift, the Atomic Energy Organization of Iran (AEOI) spokesperson Behrouz Kamalvandi attributed the most recent Natanz attack to “saboteurs”. This may be a concerted effort to reallocate immediate blame away from Israel as part of downplaying the small nation’s outsized role in regularly crippling Iran’s nuclear aspirations. The Jewish state has been a traditional scapegoat to such an extent that it may be attaining a seemingly disproportionate reputation for prowess or responsibility.

Additionally, Islamic pseudo-martyrdom drives a dangerous standard of preemption. Glorification of mass murder must necessarily find itself confronted with extreme countermeasures. Iran’s constant meddling in post-war Iraq, Yemen’s ongoing civil unrest, the destabilization of Lebanon, and Tehran’s divisive sectarian role in the region make it a persistent threat to all neighboring countries. This is most recently exemplified as a driving force behind Saudi Arabia’s intention of establishing strategic parity should Iran attain nuclear capability.

There also is the simple fact that many Sunni Arab countries would, if anything, silently cheer to see the heretical Shiite Iranians fall upon their own sword in order to fulfill Khomeini’s dire threat. Small wonder that increasingly nervous bystanders in the Gulf Region may be looking at America’s renewed support for Israel and quietly hedging their bets against the day when an intractable Iran foolishly makes good on its ominous warning. If an on-paper reconciliation with Israel removes these longstanding adversaries from the Samson Option’s target list, just how much harm is there in extending such a tentative olive branch?

Whether such late-to-the-party appeasement will deflect a wounded Israel’s ultimate wrath undoubtedly occupies the thoughts of its Muslim neighbors. After so many decades of malign hostility, it would come as little surprise if these tardy peacemaking demonstrations did not secure much in the way of actual forgiveness.