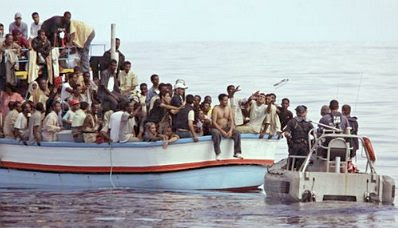 Many thanks to Hellequin GB for translating this article from Politikstube:

Horror over “illegal” measures against “illegals”: ​​Amnesty criticizes Malta in dealing with migrants

Once again, Amnesty International is complaining about how it deals with so-called refugees, this time against Malta. The NGO accuses Malta of dangerous and illegal measures, including rejections directed at Libya.

Malta absolutely has to establish itself as a “safe haven” in order to allow the “illegal” immigrants who begin their crossing from the Libyan coast in an “ocean-going” boat and find themselves “unpredictably” in distress to be accommodated and taken care of? In no way is Malta allowed to protect itself from people with predominantly unclear identities and predominantly young men who want to enter illegally for economic reasons and few can show a reason for asylum?

In view of the fact that only a few EU member states have come together in the “coalition of the willing” and participate in the reception of migrants from Italy and Malta, the rest of them, in view of the concomitant effects and the costs, thankfully refuse to accept boat migrants.

Malta had signed an agreement with Libya in May to prevent refugees from entering the country.