The following essay by Seneca III brings to mind the words of W.B. Yeats: “Things fall apart; the centre cannot hold;/Mere anarchy is loosed upon the world…” 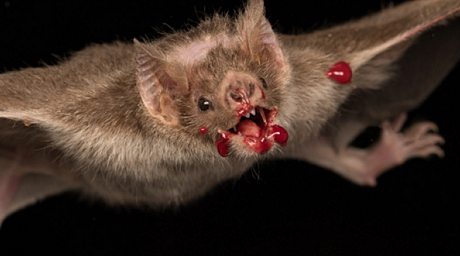 The Year of the Bat

Future historians will look back on 2020 as the year that all the acquisitive socio-political conspiracies of global power seekers and avaricious international corporate plutocrats were revealed in full by an experimental viroid that accidentally escaped from a Chinese Communist Party biowarfare laboratory and killed upwards of twenty million people.

Revelation followed upon revelation — we saw the deviant hordes of the morally, sexually and intellectually destitute arrive in force with banners flying. We saw in full light the machinating, murderous third-world kleptocrats that constitute the farce that is the ‘United Nations’ and the thugs of an organization that claims to be antifascist and yet is the epitome of fascism in all its violent savagery as its masked foot soldiers join at the hip with another equally fascist group marked by surfeit of melanin and a penchant for burning and looting, and to whom the lives of their own people appear not matter.

Before and behind them came more; the privileged middle-class disciples of a manipulated autistic child, the washed up and wannabe ‘celebrities’ riding on the coattails of this tide of effluent, and all the rest of the destructive infants who took the canticles of the ‘anthropogenic global warming’ hoaxers to be gospel.

Those future historians who are courageous enough to dig deep into the foetid, festering swamp of 21st century politics will look in horror upon an American political party and its camp followers (pun unintended) who conspired to unseat an elected President of the United States and, having failed, are now attempting to corrupt the democratic process in order to emplace a near-brain-dead geriatric with a yet to be revealed racist ‘woman of colour’ in tow who will be President in all but name.

On the Continent the ill-constructed, sclerotic European Union is eating its own tail as it tries to contain the now discontented masses rising up on its periphery. In Brussels, that iconic power and wealth defining construct known as the Berlaymont Building still stands and functions, but its ideological heartbeat stutters as if arrhythmic as its sustaining ideological ramparts begin to crumble within and without. 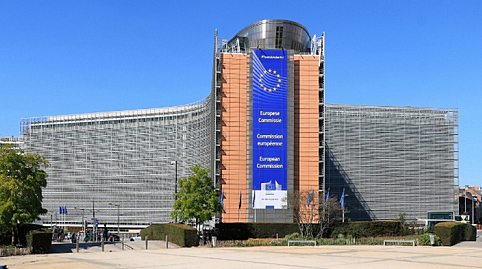 In the United Kingdom, we are blessed by a Border Force (colloquially, ‘Border Farce’) which can’t even turn back a few small rubber boatloads of invasive Muslim and Black savages. 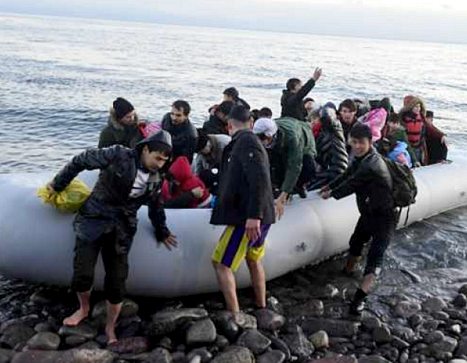 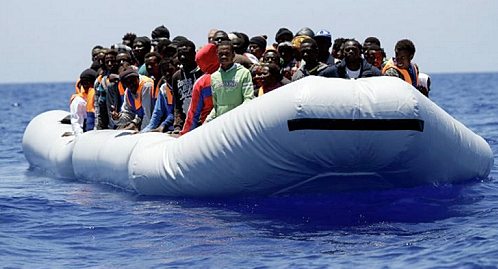 Then, that great Office of State, the Home Office, does nothing but provide these predators and parasites with free luxury accommodation, cash benefits and food all paid for by the taxes raised from the indigenous net contributors who are struggling to sustain themselves from day to day in circumstances far less salubrious than those enjoyed by our ‘guests’.

Here, reading this extract from an official publication, we can see the reason why the HO acts this way:

We have an incredibly broad remit at the Home Office, with our work affecting every citizen of the country. It’s essential that our organisation reflects the very best of 21st century Britain and we encourage applications from all backgrounds and circumstances. We recruit on merit after a fair and open selection process and support different ways of working, such as flexible working.

We’re proud to be a ‘Disability Confident Employer’ and we were the first organisation to be ‘Clear Assured’, which recognised our efforts to recruit and retain employees with disabilities. We also offer a guaranteed interview scheme for people with disabilities who meet our minimum selection criteria.

To date we have been:

Employees have the opportunity to join our vibrant diversity staff support networks, including Gen (gender), The Network (black Asian and minority ethnic), Spectrum (LGBT+) and Able (disabilities). Our networks help raise awareness and help us build an inclusive culture where everyone can thrive and be themselves at work.

The once United Kingdom was broken by Blair and in the now semi-autonomous non-self-financing satrapies of Scotland and Wales the indigenous inhabitants are governed by arguably the worst malcontents and incompetents to accede to power in living memory.

Here in England we have a blundering, promiscuous, pussy-whipped buffoon of a Prime Minister leading a cabinet of preposterous inadequates. They in turn are led by the nose by a Common-Purposed Civil Service who may appear to be civil in public but for whom Service is not a word in their vocabulary — dissemblance is their watchword and treachery, procrastination and misinformation is their defining ethos.

In Scotland, National Socialists have taken power — a stiletto jackbooted physically diminutive female of undetermined sexual orientation whose endless exhortations to her electorate remind us of a similar figure from our near history is the First Minister of Scotland. Her Goebbels analogue who is leading the Scottish rabble in Westminster is a fat, flabby perambulating mouth whose endless diatribes are painful on the ear and corrosive to the soul. Scotland the Brave is in dire trouble and I hope and pray that it can find a way to dig itself out of the mire.

Senedd Cymru, or the Welsh Parliament in English, is the elected, devolved, unicameral legislature of Wales. It represents the interests of the people of Wales, makes laws for Wales, agrees on certain taxes and holds the Welsh Government to account. As a bilingual institution, both Welsh and English are the official languages of its business.

It is in actuality a Tower of Babel led chaotically by another leftover drone from the days of Corbyn’s tenure as leader of the Revolutionary Labour Party. I have heard that the northern part of Wales is not particularly fond of the southern and vice versa. Other than that, to me the place is a mystery wrapped in an enigma.

Finally, on both sides of the pond unelected judiciaries have taken unto themselves the power to abrogate certain laws and statutes brought into being by elected legislators. It matters not whether the laws and statutes in question are good or bad — politicians can be voted out of office if they get it wrong; judges cannot, and therein lies the ultimate inversion.

Consequently, as I write, still more vermin of various persuasions are crawling out from beneath their rocks — it is a sign of the end times, the inevitable cyclic collapse of a civilization and we must bear in mind that the year is not yet over…

“Violence, naked force, has settled more issues in history than has any other factor, and the contrary opinion is wishful thinking at its worst. Breeds that forget this basic truth have always paid for it with their lives and freedoms.” — Robert A. Heinlein

— Seneca III, in a warm, sunny Middle England this 8th day of August in the year of our Lord 2020.