The following article was posted at LibertyGB in 2014. 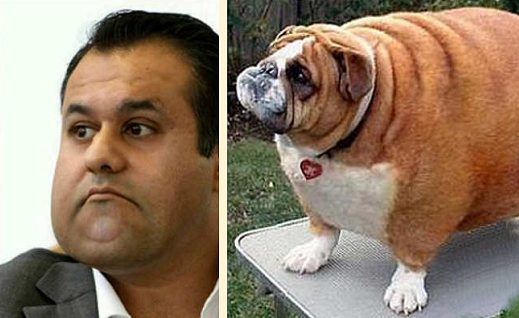 Taxpayer-funded Fiyaz Mughal founded “Tell MAMA”, a body devoted to Measuring Anti-Muslim Attacks. He brought disrepute upon himself through inflating its figures by including tweets, some of them foreign, as “attacks”.

The article refers to a sequence of graphics recently posted on our Facebook page, in particular one about dogs, reproduced below. 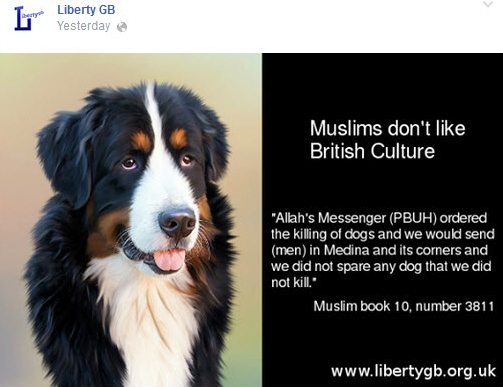 Under the heading, “Anyone Follow the Made Up Gobbledigook of Liberty GB?”, puffed-up Mughal disparages the quotation in the graphic as “probably taken from the bag [sic] of a ‘fag-packet’”. Dismissing the source given for the quotation, he pontificates: “we have singularly failed”, “in tracking down ‘Muslim Book 10, number 3811’.”

Can he — who through his Tell Mama organisation has made such a comfortable, taxpayer-funded living as an apologist for Islam — really be unaware of the collection of traditions, Hadith, about the life of Mohammed, one of the two collections considered by Muslim scholars sahih, reliable?

“The Hadith Book 10: 3811. Abdullah (b. Umar) (Allah be pleased with them) reported: Allah’s Messenger (may peace be upon him) ordered the killing of dogs and we would send (men) in Medina and its corners and we did not spare any dog that we did not kill, so much so that we killed the dog that accompanied the wet she-camel belonging to the people of the desert.”

Yes, Fiyaz Mughal has indeed “singularly failed”. The clueless mutt has dismissed one of Islam’s prime canonical sources as “Made Up Gobbledigook”… Or is this yet another example of the Islamic deception for which the mendacious grievance-mongering taqiyya artist is best known?

Down boy, and let go of the bone!

5 thoughts on “Mughal in the Doghouse”