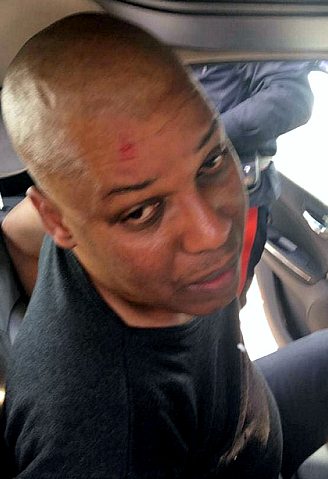 In March of 2019 I reported on a culture-enricher named Ousseynou Sy, who hijacked a bus full of schoolchildren near Milan and attempted to set it on fire. Fortunately the carabinieri were promptly notified and the children were rescued.

Mr. Sy has finally had his day in court, and has been sentenced to 24 years in prison. It’s interesting to note that he, like the beheader of Wilma in Sweden, has been examined by forensic experts and deemed to be sane. Are we perhaps seeing the reversal of a years-long European trend of identifying jihadists as suffering from mental illness? Two cases are not enough to confirm a pattern, so I’ll keep an eye out for more.

Bus hijacked on the Paullese road, Ousseynou Sy sentenced: “It was terrorism”

The driver of the bus hijacked on the Paullese road last March has been sentenced to 24 years in prison by the court in Milan: “It was terrorism”.

The hijacking of the bus

The knife, the gasoline on the upholstery, and the flames among the seats of the school bus. Then the desperate cries of the students, and, finally, the squads of Carabinieri who rushed with sirens blaring to the place of the report. It all happened in a handful of thrilling minutes that morning of March 20 2019. It took little for Ousseynou Sy, 47, from Senegal, to follow up on his delusional madness of’ “avenging the deaths at sea”. That is how he took it with 51 very young students from the Vailati di Crema School, threatening to set the vehicle on fire along with two teachers and a caretaker. The foreigner, assigned to drive the vehicle on that occasion, didn’t think twice: He emptied a container of gasoline along the aisle between the seats, then set the fire with a lighter. But his evil plan soon ended in failure, sent up in smoke by the shrewdness of a courageous student who succeeded in calling 112, assuring the salvation of his school companions. Intercepted by police, in proximity of the interchange of Peschiera Borromeo on the provincial Paullese road, the suspect was immediately arrested on a charge of kidnapping and attempted terrorist attack.

Condemned to 24 years for terrorism

The sentence of the court of Milan was handed down in the early afternoon of Wednesday, July 15 2020, in which the Senegalese driver received 24 years in prison. The judge accepted the thesis of public prosecutors
Luca Poniz and Alberto Nobili, who, in previous hearings, had asked for a change in the offense the 47-year-old was charged with, from “kidnapping” to “kidnapping with terrorist intent”. According to the Corriere della Sera, the court recognized general mitigating factors and banned him from public offices. Provisional compensation of €25,000 was recognized for each of the children, victims of the attack, who together with their respective parents, constituted a civil part of the trial.

The psychiatric examination requested by the Milan court, and performed by forensic experts Renato Ariatti and Franco Martelli, excluded that Ousseynou Sy suffers from mental illness. In the first instance, the 47-year-old had presented himself as crazy, justifying committing his madness with inconsistent motivations. “I see many mothers here,” he had stated in the course of the first hearing. “I ask you to consider the children dead in the sea. I did this gesture for them.” But for the judges who passed the sentence of 24 years imprisonment, “Sy is not affected by mental illness.”

The words of Sy at the opening of the hearing

“If I had set the fire, nobody would be in the room.” Those are the words of Sy at the opening of the hearing, deciding to make a spontaneous declaration. “The boys testified, saying terrible things,” the 47-year-old added. “But they did it only two weeks after the events.” The foreigner, for the umpteenth time, reaffirmed having been treated “with all the prejudices that there are for blacks, for the other. If you want to condemn me, go ahead, but remember that my gesture was only in the scope of saving human lives. I could no longer bear to see the horrors every day. I ask for justice for all the families who have seen relatives die off our coasts between 2018 and 2019. Because justice is not one-way.”

3 thoughts on “The Senegalese Bus-Burner Gets 24 Years”