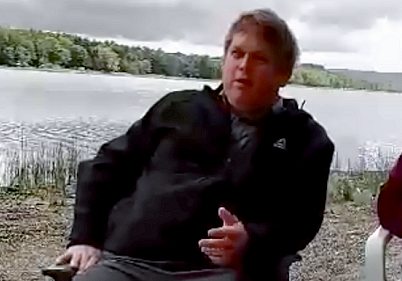 The Danish “Islamophobe” Rasmus Paludan is well-known to regular readers of this site, thanks to the dozens of videos of his street demonstrations that Vlad Tepes has uploaded over the past four or five years. Vlad has lost a lot of channels during that time, but he recently re-uploaded last September’s interview with Mr. Paludan in Quebec. This time it’s on the 3Speak platform (in five parts: Part 1, Part 2, Part 3, Part 4, Part 5), so it’s less likely to disappear from the web.

Rasmus Paludan was recently convicted of “racism” in a Danish court, and will spend a month in jail if his planned appeal is unsuccessful. Below are two articles about the verdict, first from Reuters:

COPENHAGEN (Reuters) — The leader of Danish far-right party Stram Kurs, lawyer Rasmus Paludan, was disbarred from the legal profession and sentenced to three months in jail on Thursday after being found guilty of racism.

Stram Kurs (Hard Line) was close to getting into parliament in the last election in Denmark with a policy based on banning Islam and deporting hundreds of thousands of Muslims.

Paludan first came to public attention in 2017 when he started making anti-Muslim Youtube videos. His stunts have included publicly burning the Koran, sometimes wrapped in bacon, in what he said was a tribute to free speech.

Paludan was sentenced to 14 days of conditional imprisonment in 2019 for racist speech. He will now face one month of imprisonment with two additional months of suspended sentence after being found guilty of 14 different accounts of racism, defamation and hazardous driving.

Additionally, as part of his sentence, Paludan was disbarred for three years, had his driver’s licence suspended for one year and was fined around 40,000 Danish crowns ($6,012.23), the district court said in a statement.

The second report is from the BBC:

Rasmus Paludan, head of Denmark’s far-right Stram Kurs (Hard Line) party, has been given a month in jail for a string of offences including racism.

He was convicted of posting anti-Islam videos on his party’s social media channels.

Paludan was given a suspended jail term for racism in 2019 and the court heard that influenced the latest verdict.

He will appeal against his sentence, which includes a two-month suspended jail term.

He faced 14 charges, including racism, defamation and dangerous driving.

Paludan, 38, was disbarred for three years as a criminal lawyer and banned from driving for a year.

Stram Kurs won 1.8% of the vote in national elections in 2019, falling just short of the 2% threshold needed to enter parliament.

Hat tips: For the BBC article, Fjordman; for the Reuters article, Matt Bracken.