Our Israeli correspondent MC has some thoughts on socialism, Black Lives Matter, the ancient Hebrews, and related topics. 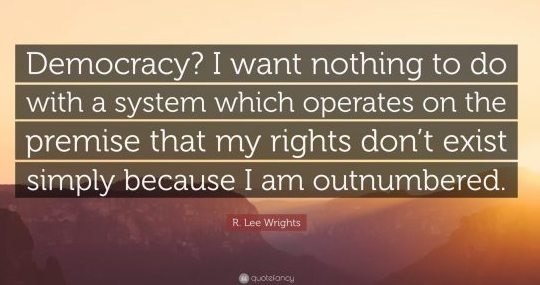 Those who claim that socialism will work ‘this time around’, and that the previous iterations failed because they did not implement socialism properly, may have a point. The National Socialism of the Third Reich was eerily sound and stable, and in all truth, it was brought down only by the unsound and unstable socialism of Joseph Stalin.

The Communist version of socialism never works, probably more because of what it lacks, than what it espouses. Communism (and many other forms of socialism) lack the warmth of heart that humans need to survive.

National Socialism was about being German, and on the whole Germans loved it. It enhanced their identity, their oneness, and they were thus able to express a warmth to other Germans. In Stalin’s Russia, everyone outside of one’s family circle was a potential enemy.

In this we can see the roots of the politics of racism. To a German Nazi, a non-German (or a Jew/Slav/Gypsy) was not automatically part of the comfortable clique, but for a Russian, there was no comfortable clique at all.

I came across a photograph on the internet the other day. It was on a forum and the poster was asking if anybody knew anything about this photo that had been found in an old box.

I am in that photo, and I remember being given five minutes’ notice by the gunnery officer. I had seen on daily orders that there was a photo session for the gunnery team, but I was a specialist, only part of the gunnery team for shore bombardment, my role being to do the math behind offsets and deflections (no computers or calculators in those days). What had not been made clear was that my ship had won the fleet gunnery trophy and the fleet shore bombardment trophy, so I was included.

The photo got me remembering the insularity of the ship’s company within the midst of all the other ships in the Royal Navy. Us and Them.

This it seems to me is why ‘racism’ is just a natural part of human life, and to turn Racism into a political thumbscrew is absolute folly.

If I had thought that my fellow crew members would rat on me for the slightest political incorrectness, I would have had to have been more careful and calculating — or suffer the consequences.

When I am accused of ‘racism’, it is as if my place in the team has been erased and my contribution excreted. The idea of racism with its sibling Islamophobia (and yes, even in some cases anti-Semitism) removes the ‘warmth of heart’ referred to above, and which is vitally necessary for the effective functioning of humanity together. Any fear of ‘racism’ is going to produce division.

Legitimate criticism of Jews, Jewishness and Israel do not constitute anti-Semitism, but picking out Jews for unbalanced criticism does. It is fine to criticise the so called ‘occupation’ if you also include all the other instances of occupation around the world, Tibet, Königsberg (Kaliningrad), Spanish Morocco, to name but a few. Israel was granted to Jews in 1922, and all nations who have signed up for the United Nations Charter have also signed up for article 80 of that Charter, which brings the 1922 Mandate for Palestine into the Charter — indeed, it could be argued that under international law, it is Jordan that has ‘occupied’ Israeli land (see article 25 of the Mandate).

It is this warmth of heart that makes Christianity so effective. The idea that we can love our neighbour regardless is absolutely revolutionary. We love him/her for what he/she, is not for we can squeeze from her. We value him, we trust her (until they prove otherwise).

In Islam one loves only fellow believers, and then only if they are the correct clan, sect, tribe, whatever. Anybody else, a good Muslim must hate and preferably kill!

As a Jew I admire the achievements of Christianity. I do not, however, believe in three gods (the Trinity), but the idea of loving my neighbour as myself can be found in the Jewish scriptures as well as the Christian (Jewish) writings (Leviticus 19:17-18).

In the 20th century, the big killers were all socialists, but in the centuries before, Islam showed no mercy, and even today, Southeastern European Christian states (Hungary, Bulgaria, Greece, Serbia) have a much more realistic vision of this Islamic antipathy towards clique outsiders. There is no warmth of heart in Islam, for, like socialism, following the creed is a matter of life and death, and to be denounced for ‘blasphemy’ is extremely unpleasant. Blasphemy in this context can be a simple as drinking out of the wrong container, or even going to school.

Ancient Jewish society was founded on the idea of a basic law and a freedom from slavery, where slavery implied the lack of freedom to make decisions and choices for oneself. In many ways, this Jewish society was a workable form of anarchy, but one where Judges resolved disputes based upon the guidance of the books of law. There were no Rabbis at the time adding to or taking away from the Law, so the system worked for several hundred years. Until, that is, the people demanded a King — from 1 Samuel 8 v 10:

The people ASKED for a king, just like the American Democrats are asking for a ‘king’. King Joe I, or will it be Queen Michelle?

And you will be his ‘servants’ — this Hebrew word ebed ( עבד ) also means slave according to Brown—Driver—Briggs (BDB) as at the time there was no real difference, and in the context, the servant is not a voluntary servant and is thus a slave. (King James probably did not like this bit of the scriptures so the softer translation ‘servant’ was used.)

‘King’ Obama had a pen and a telephone, and aptly demonstrated the above, so the people eventually threw him out*, but not before he had done a lot of damage. Did he promote any “racial harmony”? Was Trayvon Martin a crook trying to murder a reasonable and responsible white Hispanic guy? Obama’s law said he (Trayvon Martin) was the nice guy, the judges said something different, but only after a huge amount of societal damage and divisiveness.

Black Lives Matter is an auto-identity crisis. At its core it is a violent and irrational scream of frustration and hate. Many thousands of white Americans died to end both black and white slavery (there have been more white slaves in history than black, but not in the USA). Only in the 1960s came full and real emancipation, but with it also came the socialist poison of the ‘Great Society’. So first came the freely-given white lives in the 1860s and then came the freely-given ‘white monies’ in the 1960’s and with that white money, unfortunately, came the demise of black entrepreneurship. Whitey’s burger bar was now open to all, so let us go there rather than to the home-grown one.

So the afro-burger bar, started by an African-American who had worked long hours to make it work, suddenly finds that his cliental has no vision and even less loyalty — and his hard won black business dies.

There is no ‘warmth of heart’ in BLM-centric society. Instead of working to integrate into the Great Society, BLM wants black supremacy, but it wants ‘whitey’ to pay for it. At the heart of all socialism there is always a contradiction. The Bolsheviks wanted worker emancipation, but they wanted the bourgeois to pay for it. If you kill off the successful farmers (kulaks) then your communal farms are going to be manned and run by unsuccessful farmers and/or ignorant party hacks. They failed, and Soviet Russia could not feed itself.

In Islam, you kill off or subdue the thinkers, and then wonder why you stay locked in an 8th century culture. Islam cannot create; it can only loot and destroy, and if it had not been for civilization’s demand for cheap oil, Islam would be in terminal failure.

Riyadh abounds with the products of Christian civilization, but drive 15 miles outside the city and it is mud huts and charcoal (and Toyota pickup trucks).

Why did the people want a king in spite of Samuel’s warning?

So here we have it: nepotism and corruption. We look at the propaganda (lies) that come out of the other nations, and naïvely believe them. Socialism good and fair; the 10 Commandments, annoying and restricting.

King Joe and Queen Michelle will wave a magic wand and nobody need ever work again, handouts for all (those who matter…).

Warmth of heart is a strange thing. It is something that grows out of feeling secure and the idea of ‘right’ (and therefore wrong) It grows in communities that honour and respect each other. It grows in communities where one can be politically incorrect and still be tolerated. It grows in societies where violence is not tolerated, and where harsh words can be forgiven. A society where lies and deceits are continuously exposed and disdained. Where politicians who lie and cheat and steal are forced to resign rather than receive their party nomination.

As my mother always used to say, “birds of a feather flock together”. The bad guys, the liars, do not need to develop a cohesive picture; all they need to do is to create confusion among the enemy. By judicious censorship and platform-denial and a compliant (bought) media they can divide and rule, especially if they can penetrate the opposition, too, and sow confusion in the midst of sanity.

A strong homogeneous identity and culture makes that political insanity more difficult. It takes many years of hostile immigration to dilute a strong culture, especially if that culture is true to itself.

We live in a creation, and modern information theory holds that for macro evolution to be true, then there must be a net gain in ‘information’. So the (ex-)evolutionists now turn to the idea that the world was ‘seeded’ by some external entity; an alien ‘god’ as such, but not obviously the God (and certainly not Allah, the familiar of one Mohammed, a desert thug, thief and paedophile).

Creation has a rhythm. We can be in synergy with that rhythm, or we can be off tune and out of harmony. The Soviet Union lasted some 70 years; 70 years of struggle, because it only believed in a physical process which it could (and tried desperately to) direct. It created an extreme coldness of heart which could not be sustained.

Britain, on the other hand, came out from under the yoke of religious feudalism, and, guided by Edward VI, Elizabeth I and by the likes of Hugh Ridley, Nicolas Latimer and Thomas Cranmer, eventually arrived at a society where people could grow closer to the synergy of creation. A society with the 10 Commandments at its core. So civilization as we currently know it in the English speaking world was born.

Huge gains were made. Many people, myself included, got a viable free education, and it took decades for the forces of moral relativity to fight their way back. Indeed, finally the sons of Samuel won and once again “walked not in His ways, but turned aside after lucre, and took bribes, and perverted justice.”

So now we face the prospect of a king/dictator and all the problems of a society out of step with Creation, a society whose culture is eroding and crumbling, a society which is so obsessed with the minute red herring of ‘racism’ that it fails to see the huge jaws of the political Great White of socialism hidden just beneath the surface.