This essay by Michael Copeland was originally published at LibertyGB in September of 2015. 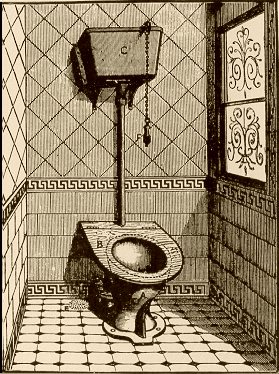 Europe Down the Pan

The EU’s much-vaunted “Core Values” are a scam. Dishonestly promoted as “for economic benefit”, their real purpose is Nation-Breaking, to undermine and destroy the national identities and cultures, so as to create a brave new Afro-Eurabia with the EU’s unelected elites in control.

Free Movement, Asylum Granting and Welfare Provision have together created a dire and dangerous Gold Rush.

Nobody was asked. The tainted BBC, in full propaganda mode, soaks the airwaves with emotive images of dead children to manipulate public opinion: Goebbels would have been delighted. The traitor class politicians continue to push this insanity, inflicting “quotas” of Africans and others on the unwilling populations of member States, but not, of course, on themselves.

The sinister compulsory Free Movement obligation of the Schengen “agreement” means that those millions of miles of EU outer border, Greek islands, Atlantic islands, African enclaves, and French colonies like Mayotte, are ALL targets for invaders seeking to benefit their lives and enhance their own welfare. The fit strong young African man, in “Europe or Die”, a documentary, explains (at 0.58):

“I left my country for a better life, for a new life, for freedom.”

A man with a rather cumbersome name, Richard Coudenhove-Kalergi, is considered the “grandfather” of the EU. In the 1920s he was dreaming of a Pan-European State long before the EU’s predecessors were founded. In his memory, the EU awards a Coudenhove-Kalergi Prize to politicians who have helped his dream. Merkel and van Rompuy have both received it.

Coudenhove-Kalergi, a man of mixed race — his mother was Japanese — had a vision of the Europe of the future. This is what he wrote:

“The Coudenhove-Kalergi plan — The genocide of the Peoples of Europe”

The writer explains, “Kalergi proclaims… the elimination of nations with the use of ethnic separatist movements and mass migration.”

Does that sound familiar, something like “Multiculturalism” and “Refugee Resettlement”?

We are forced to be spectators at the EU’s destruction of Europe. This is the elites’ project — a mixed-race Pan-European State with its own currency, pretend-parliament, armed forces and so on.

Not so. This is Europe down the pan.

23 thoughts on “Europe Down the Pan”