Whether this latest development is a result of the points raised in the INTERLUDE article (which was posted by GoV on the 4th of May) is impossible to determine, but it remains a possibility as the date of the letter sent by the Petitions Committee to the Home Secretary was the 5th of May following an emergency meeting of the Committee. Things in the time of Covid do indeed move in strange ways.

Furthermore, the letter to the Home Secretary is signed by Catherine McKinnell MP (Labour), the Chair of the Petitions Committee. She represents the Newcastle on Tyne North constituency, one of the nastier epicenters of the violent Muslim paedophiliac rape Jihad against white children. Another consideration is that she did not receive the finest of accolades in the previous article, INTERLUDE, which may have pushed her nose somewhat out of joint or caused a nasty itch somewhere in her political nether regions.

News of this development popped up in my in tray yesterday, the 8th of May:

The Petitions Committee (the group of MPs who oversee the petitions system) have considered the Government’s response to this petition. They felt that the response did not directly address the request of petition and have therefore written back to the Government to ask them to provide a revised response.

You can read a letter from the Chair of the Petitions Committee to the Home Secretary, requesting the revised response, on our website here.

When the Committee have received a revised response from the Government, this will be published on the website and you will receive an email. If you would not like to receive further updates about this petition, you can unsubscribe below.

Thanks,
The Petitions team
UK Government and Parliament

I am writing to request a revised Government response to e-petition 300239, calling on the Government to release the Home Office’s Grooming Gang Review in full.

My Committee considered your department’s response to this petition at its meeting on Tuesday 5 May, and agreed that it did not directly address the request made by the petitioner, and therefore did not meet the standard for Government responses that has been agreed with the Leader of the House. Your department’s response explains the Government’s current work on child sexual abuse, which includes investigating the characteristics of group-based child sexual exploitation, and states that this work will inform the Government’s forthcoming strategy. However, the response fails to respond to the petitioner’s request for this work to be published.

My Committee has already received a significant volume of correspondence complaining about the Government’s response, and I am sure that your department has been receiving similar correspondence directly.

Your department’s response to this petition was also substantially late. A response to this e-petition was requested on 6 March, but not received until 24 April. It has been agreed with the Leader of the House that the Government will respond within 21 days, making your response four weeks late. I fully appreciate that the Government is currently under significant pressure, but it is disappointing to receive a late response that also fails to adequately respond to the petition.

I am therefore writing on behalf of the Committee to request a revised response that directly responds to the request made by the petition. This should clearly state whether the Government will publish its research into the characteristics of group-based child sexual exploitation. If the Government does plan to publish this, your response should set out in what form and when. If the Government does not plan to publish this, your response should explain the reasons for this. I would be grateful if you could provide a revised response before the House rises for Whitsun, on Wednesday 20 May, given the substantial time that signatories to this petition have already been waiting for the Government response.

I am copying this letter to the Leader of the House, with whom the standards for Government responses and timeframes within which these should be provided have been agreed. 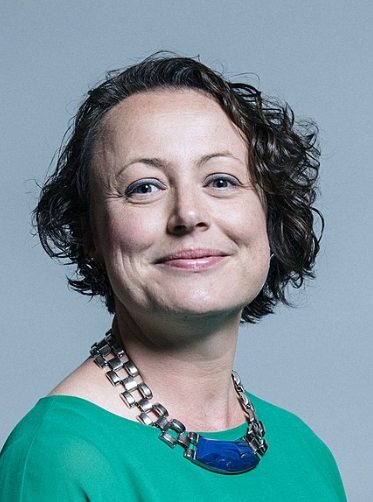 I have a feeling in my water that her response, apart from being a neat bit of upstairs buck-passing forced upon the Committee by outraged public opinion, begs the question as to whether or not it was a hasty bit of covering-up or just the standard level of ineptitude so often found in political circles.

[Really, Catherine? Do you suggest that you had not noticed this delay? Is due diligence a function not to be found in the manual of procedures governing your Committee? Or was it perhaps convenient for you to ignore this example of Senior Civil Service dissimulation anyway in the hope that the public would not notice your dereliction of duty and that in the process you had thus escaped any responsibility for the dilatory and evasive Home Office response?

Alternatively, weird though the thought may be, are you in competition with the Electoral Commission for ‘The most useless collection of political troughers Trophy, 2020?’]

Yeah, strange are the ways of politicians and their bag-carriers.

5 thoughts on “Signs and Portents Everywhere… But of What? (Interlude IA)”