Many thanks to CrossWare for translating this op-ed from the Hungarian news site Vasarnap.hu:

For the precise news consumer who hard-hacks other articles out of a flood of current infection rates, curfews, and opposition dictatorships, can find such things in the small print today:

Some quite serious axioms are failing here, let’s face it. 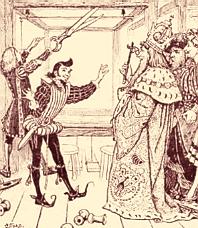 Here, for example, the European Parliament, which up until now has presented the world every month with sweeping resolutions on cardinal issues such as ‘the situation of LGBTQ people in Uganda’, and threatened to frown on anyone who does not fully comply (even in faraway Oceania) or meet the expectations of the LIBE Committee [European Parliament Committee on Civil Liberties, Justice and Home Affairs] in Brussels. We look now at the agendas that focus on “fundamental” issues curtailed because of COVID-19, and what we see is that all human rights issues have been deleted without a second thought.

From a logical point of view, issues such as ‘equality for women in Vanuatu’ or even ‘intersectional disadvantages for the mesquite LGBTQ community in the Falkland Islands’ are now no longer ‘fundamental’ problems for the European Union. We understand that, too.

Then there is the home of Martin Schulz and Manfred Weber, the superlative Germany, who teach us about European values at all times, and it turns out that they have about 270,000 Polish nurses, 90% of their total guest workers doing their job totally illegally, as is fully known by the authorities. And now, as these women go home to their families, the voice of panic can be heard on the German public television channel about those evil Poles, who left hundreds of thousands of poor elderly Germans without provision. Because these Poles are “not in solidarity”, unlike us Germans, who are full of European values, in solidarity, and who allow them to for care and push our helpless elders illegally, without any registration, and for all this, we pay as little as we can to suck them away from the health systems of countries to the east.

Which arrogance has already broken the barrier with German commentators, who even raise the unorthodox question of whether they should instead stand on their own, rely on domestic, national resources, rather than on the import of shoddy cheap labor. “Guten Morgen”, one could say.

And as if that was not enough of a slap in the face, the pandemic landed another punch on European progressivism where it hurts the most: the mantra that migrants cannot be kept outside the borders of the EU, and masses would lose their lives in the Mediterranean Sea if there were no NGO ships cruising there. For wonders, a single closed border and a sufficient number of Greek border police smoothly dissuaded migrants who desired to land in Europe. And at sea, rescue is in order, although the Ocean Viking hangs around in the Marseilles harbor — the rest of the ships are not abandoning the people, but they are all being taken back to the Libyan coast.

Of course, it is possible to refer to the epidemic as a force of God, and to call the isolation of migrants strictly transient, but in this case the other established narratives are collapsing: on the one hand, when it comes to brain surgeons and working ventilator operators, migration-favouring politicians should send airplanes to bring in migrants to relieve the European health system; on the other hand, if the reception of migrants is life-saving philanthropy, it is incomprehensible why, right now, they are left in danger and why we do not see in the news that Carola Rackete [captain of the Sea Watch 3] is delivering masks and quick tests to Libya or building epidemic hospitals in Turkish refugee camps.

This lipid-enveloped RNA virus seems to be revealing at an astonishing rate what many have guessed: the emperor posing with a robe of European values is really very naked. We hope we may get something out of the emergency — one might even win something.

21 thoughts on “Well, the Emperor’s Naked”