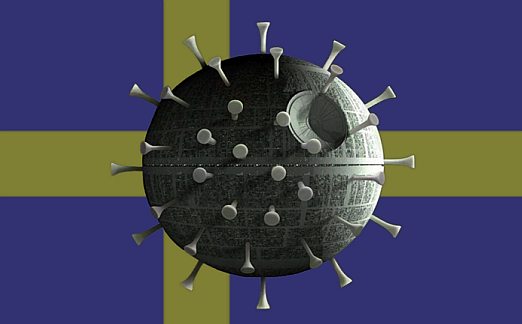 Jon Tallinger MD is a Swedish family practice physician in a suburb of Stockholm. In recent days he has gained fame as a whistleblower who made public the official guidelines of the Swedish public health service: Very old COVID-19 patients, or those with COVID and additional severe health conditions, are not to be sent to the hospital to receive oxygen therapy, which might in fact help them survive the disease and recover. Nursing homes and family practice doctors are not permitted to administer oxygen, so there is then no possibility for a very old coronavirus-infected patient to receive oxygen therapy.

The recommended alternative is that such patients be given morphine as a palliative measure. This will kill their pain, help shut down their breathing, and send them off to the glorious Folkhemmet in the sky with a smile on their face.

Below is an interview with Dr. Tallinger about the state directive on oxygen therapy. I’ll make explicit what is only implied in Dr. Tallinger’s remarks: the Swedish establishment apparently views the current crisis as an opportunity to administer euthanasia to the very old behind the scrim of COVID-19, thus reducing costs over the next decade or two and allowing the socialized health care system to survive on life support for that much longer.

Many thanks to Vlad Tepes and RAIR Foundation for conducting the interview and uploading the video: