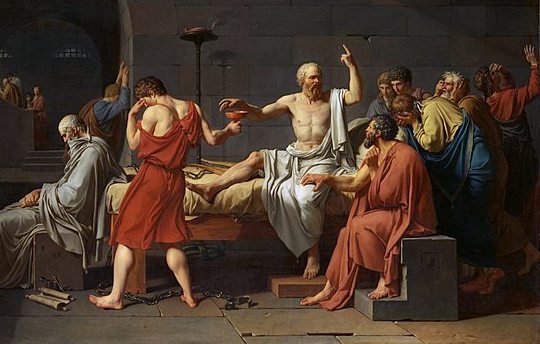 Regular readers are familiar with the work of our English correspondent Seneca III, who has been contributing essays to Gates of Vienna for more than twelve years. In recent years he has also been commenting on various sites under the name “Brother Antony”, and has just been banned from Breitbart News Network under that soubriquet. Below is his account of what happened.

Banned and be damned

For a long time now I’ve been fighting our battle on other fronts under my other handle ‘Brother Antony’ which I suspect you are aware of.

My primary vehicle has been Breitbart London, now under the little-publicised Managing Editorship of one James Delingpole (according to Dr. Steve Turley) since Raheem Khassam left.

I’ve made many like-minded friends there, but today [26 March 2020] I’ve been summarily banned by ‘Breitbart News Network’ without even the courtesy of an explanation. Their prerogative, of course, but rather uncivil of them nonetheless. However, as there is nothing I can do about it, I would be grateful if you could just let the guys and gals from the BB comments section (those who also follow GoV, that is) and with whom I’ve had so many interesting and heart-warming conversations over the years know that I’m sorry I could not say goodbye in person, and I thank them for the memories. I will not be returning there even if given the opportunity, for I will not accept being chastised for speaking truth freely to power. Nor will I ever again offer my neck to the jackboot of those particular censors.

As I sit here drinking Corona in the time of Covid, the sun is still coming up in the morning and as far as I can determine, planet Earth is still in its elliptical orbit around a minor star in the outer arm of a minor galaxy.

Sheltering in place has changed my life little, other than I can no longer indulge in my regular evening visit to the pub for a couple of pints and a chat with my friends. My usage rate of toilet paper is unchanged, and my neighbour’s yappy little dog is still yapping incessantly.

Foot and particularly vehicular traffic down my street have diminished considerably, to a mere trickle in fact, and consequently the normal non-stop background noise (other than that damned dog) that is the hallmark of life on this small, overcrowded island in the North Atlantic is barely discernable. That goes easy on my soul.

I occupy my time planning and preparing for the future; when this plague has passed, as it will, the enemy within will remain. They, the global effluent of virtually every failed socio-economic entity on the planet will still be here in vast numbers — parasites and predators all, primitives of every melanin tinge with their small crippled minds incapable of anything constructive and assimilative, but only consumed by an intent to seize what is ours, not theirs, either by milking our suicidal altruism or, as is their first instinct, by the threat or use of unmitigated violence.

That is their way and we must accept that. We in our way must respond in kind by several orders of magnitude. Or cease to be.