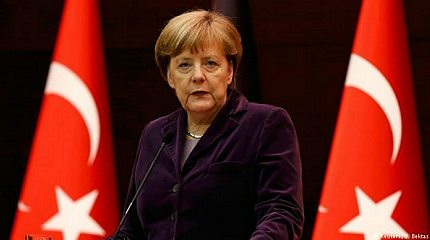 The following essay refers to the brief and temporary break in the cordon sanitaire against the AfD that occurred recently in Thuringia, as reported here on Thursday.

Many thanks to CrossWare for translating this piece from the Hungarian Tuti Blog:

When was the last free election in Germany?

With an embarrassed smile we can say that it was a long time ago.

German Communists who welcome the Nazi-Liberal coalition in Hungary as an anti-dictatorial opposition coalition are in effect dismantling a provincial government because someone has received the wrong majority of the vote. By the way, this state was formerly governed by a triple coalition of communists (German Socialist Unity Party, alias Die Linke), stupid liberals (formerly SPD) and angry Greens. This did not offend anyone’s taste, because the Communists committed massacres not out of malice, but of humanism, and the intention was important, not the deed.

To avoid any doubt, we do not like the Alternative for Germany [AfD, Alternative für Deutschland] either, because they are also filled with stupid Germans, but at least they show some basic instincts for life. That is why a bare quarter of voters are already voting for them, because beating people to death in the streets and using German national income to Islamize Europe is not logical. The party press in Germany is trying very hard to explain to them the usefulness of these two things. However, something may have gone awry, because there are some who do not want more Muslims and do not want to learn Arabic.

Good governance is the best tool against the rise of extremist Nazi, fascist, communist, liberal parties.

In Hungary, the establishment of Jobbik was also due to the “unprecedented successful governance” (sarcasm) of Ferenc Gyurcsány [socialist prime minister from 2004 to 2009]. Germany’s extremism is also due to a politician, Merkel, who, for whatever reason she knows, worships ideological decisions that lower Germans’ standard of living and portend, in the medium term, the total collapse of the German nation and Germany.

But the destruction of the German energy system and a few million Muslims were not enough: Merkel also has ideas for killing democracy. A now completely insignificant and sick chancellor, as usual, using the custom of stupid people trying to create a picture of an enemy (the AfD) to gain some attention for her farewell tour. We must note that the views of AfD, with the exception of the mentally ill in all parties, would not only have fit in well with the CDU 25 years ago, but might even have been considered a leftist point of view.

The AfD is a representation of a realization without ideology that current German policies necessarily create a dysfunctional society. It is so obvious that some German law professors have been pondering for a few years how the proliferation of people who do not accept German culture and rules could lead to the end of current German statehood as a result of the disappearance of constitutional values. This was found to be legal nonsense and unconstitutional and illegal. The beauty of liberal thinking is that they are not whining about the real consequences, but only the legal implications.

So Merkel sent a message about how the vote should have turned out.

And our Liberals immediately rushed to execute the command of the Chancellor and Führerin Merkel, not wanting to wait for the commandos to arrive. Am I the only one whom Merkel reminds of the trembling Hitler’s medical condition of 1945? Merkel has anyway been in power for a longer time than Hitler, and she has done more damage, though the dying and bombing will only come later.

So in German democracy, if a candidate wins, but the AfD vote is also needed for his success, that legislative body will be dissolved. This is the hallmark of where the AfD gets too many votes: statutory governance is introduced, or a directorate of democratic politicians takes over. Then they will also stop holding elections, citing that the AfD would get too many votes and that is simply undesirable.

For those who grew up in the GDR, this is not unusual at all, and they were able to arrange elections there without worrying about the final outcome. Germany, by the way, is not really being Weimarized, since there were center parties surrounded by the Communists on the left and the Nazis on the other left [in the 1920s and 1930s]. In today’s Germany there are no center parties, only different versions of the far-left ultra-liberal cocktail confronted with the single unfortunate AfD, which has no unified ideology or unified agenda. They just want to continue to speak German, live well and get home from the pub alive in the evening.

Today, this is the definition of fascism, according to liberals.

In Germany, democracy has ceased. If you vote for the wrong party, your vote is worth nothing. Even our opposition is different: they have at least embraced the Nazi politicians and their voters.

22 thoughts on “When Was the Last Free Election in Germany?”