I tried to think of a polite title for this post, and couldn’t manage it. I apologize to anyone who is offended; it was the best I could do under the circumstances. I tend to handle horrific stories like this one by being flip — it’s a way to displace my natural reaction, which is a mixture of anger, revulsion, and despair.

I posted on the incident described below when the video first came out back in December. Since then the “Swedish” pissants have had their day in court, so the crime is back in the news again.

Our Swedish correspondent LN has followed the case and has made a summary from alternative media about this latest, horrible domination crime. Afterwards he gives his view of the current political situation in Sweden.

Since the embedded video is quite disturbing, I’ve placed it below the jump. 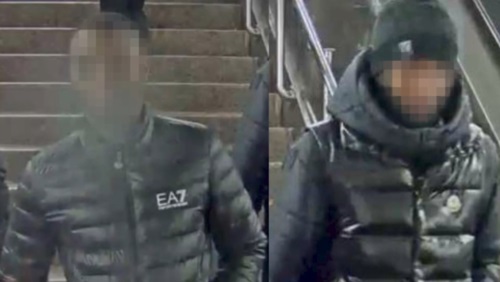 Robbers urinate into the mouth of victim and film it

[Note: Svenne is a pejorative nickname for Sven (i.e. a Swede) adopted by foreigners (Arabic).]

Over the last few days in Sweden one violent crime has been diligently featured in social media.

It was in early December that the 18-year-old man was on his way home from work. He had almost arrived when he was suddenly attacked by two foreign robbers. 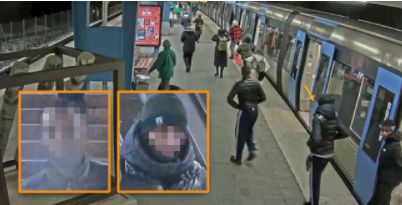 What he did not know was that two 16-year-old foreigners had caught sight of him on the subway. One of them thought he needed a phone, so they had already decided on the train to rob him.

When the man gets off at Björkhagen’s subway station, they also leave the train. They follow him discreetly. The man quickly goes the familiar way home, and when he’s almost there, the two 16-year-olds catch up with him and give him a few punches in the face, before one of them puts his arms around him while the other takes his phone. The two perpetrators explain to him that they have both a gun and a knife.

They tell him they caught sight of him on the subway and thought he was just “a f***ing disgusting svenne” and that they wanted to rob him.

The plan had been to let him go after they had robbed him on the phone, but when they discover that he is 18 years old and thus can access his bank account, they change their plan.

They now want the 18-year-old to withdraw money for them and under threat, now also against his family, accompanying him on a walk to a cash machine in nearby Kärrtorp. When the robbery victim cannot withdraw money on his card, the robbers become dissatisfied and punish him by overwhelming him with kicks.

Under continuing threats, they force him to go with them to a McDonald’s restaurant where he is constrained to buy food for his robbers. Then the journey continues by bus to the suburb of Farsta.

In Farsta they fail to withdraw money and instead the two robbers detour with the robbery victim behind the Center church, where the truly degrading and Sweden-hostile assault is commenced. They kicked and beat the 18-year-old while laughing and calling him “you mongrel” and “f***ing disgusting svenne”.

One of the robbers opens his fly and begins to urinate on the robbery victim lying on the ground. They tell him to open his mouth, and when he refuses he is kicked in the back of the head. He is terrified and does as he is told, and gets the robber’s urine in his mouth.

At the conclusion, the victim is forced to take off his clothes before the robbers leave him; they take his jacket and pants.

The entire assault is filmed and the robbers post the movie on Snapchat where it goes viral. The robbery victim was able to give the police a good description, and the two robbers are arrested after a week. One of the suspects is charged with three more robberies.

According to police, second-generation immigrants are over-represented among perpetrators of robbery and extortion. The trial has just ended and verdict will be handed down on February 18.

Below is the video the robbers took [thanks to Kronans Martell (Ullis News) for the translation, and to Vlad Tepes for the subtitling]:

This is not just robbery and beatings. This is a crime of domination.

In Denmark, and also in Sweden, this type of crime is called a “domination crime”. The purpose is not primarily to take valuables from the victim but to humiliate and intimidate him and to show one’s own dominance.

It is almost exclusively criminals of non-European origin that attack white victims in this manner. The violence is described as raw, ruthless and unprovoked.

Unfortunately, this type of Sweden-hostile deed is nothing new and not particularly unusual. Hostility against indigenous Swedes is an everyday experience for many Swedes, not least for Swedish children and young people who are forced to confront the multicultural terror in schools and also in other environments where many foreigners reside.

Everything indicates that this type of “Sweden-hostile domination crime” will become much more common in the future until the day when the robbers understand that the victims no longer intend to be victims, but begin to defend themselves with the necessary resources.

Expecting any help or action from government or authority agencies does not seem realistic. These bodies simply do not care. On the contrary, they are constantly working to further reinforce anarcho-fascist tyranny. State-funded denunciation of thought crimes is growing all the time.

The indigenous Swedes have the entire ruling class against them. These ‘power people’ have betrayed the nation’s native population for decades — since 1975, when the Constitution was stupefied and destroyed — and they obviously intend to remain at the feeding trough.

By not overthrowing the power elite, the Swedes have betrayed themselves and their descendants. The Swedes have an election coming up in 2022, when they can either kick out the old, traditional parties, which they can do by voting differently, or we Swedes will end up in Armageddon.

23 thoughts on “Svenne Gets a Golden Shower”