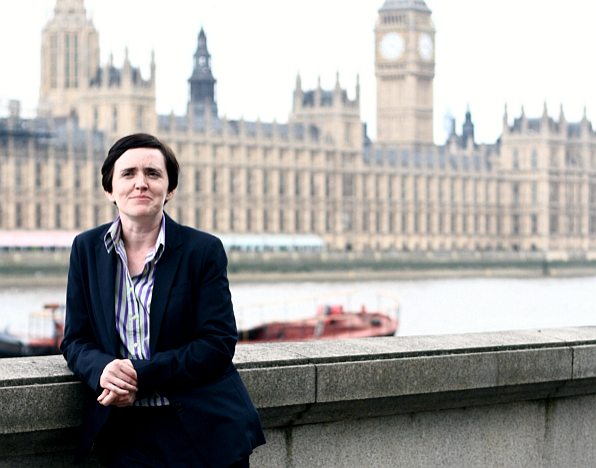 No Free Speech For Islam Critics

The British journalist Toby Young is the front face of a new free speech campaign group just launched in the UK. Young presents as being on the conservative right, and has defended feminist writers, including Julie Bindel and Germaine Greer, both of whom were “deplatformed” for their radical view that a woman doesn’t have a penis.

The Free Speech Union claims on its website it “believes that if society doesn’t uphold the right to express controversial, eccentric, heretical, provocative or unwelcome opinions, then it doesn’t uphold free speech.”

Quite. So why then doesn’t Toby Young believe in the right to express controversial, eccentric, heretical, provocative or unwelcome opinions about religion? Because he doesn’t, as he has made clear. When questioned as to whether Tommy Robinson could join the union, Young batted the question away (it would be a matter for the board!) and then began to virtual-signal. In essence, he said the union would not tolerate criticism of a person because of their sex (agreed), or because of their skin colour (agreed), or because of their religion (no, that’s entirely different).

Religion is belief, and a person is answerable for what they believe. What they believe constitutes a large part of who they are, and as adults they are accountable for it. I maintain that free speech means criticism of the ideas people propagate, and, by extension, criticism of that person for propagating such ideas. This applies whether the beliefs are political or religious.

The Union goes on to state: “We take no position on the validity of others’ opinions, political or otherwise, whether expressed in speech, writing, performance, or in another form. However, we condemn all incitements to violence.”

It isn’t only fear of Islam itself that causes this; it is fear of the law and fear of the Left. The law will punish those who are critical of Islam in the UK. This sharia-isation of the law means that while gang-rape and child marriage and FGM continue unimpeded, insulting Islam is more likely to bring the police to your door.

The most imminent threat, however, is from the Left. Toby Young must know that if he were to practice actual free speech (i.e. the freedom to criticise Islam), he would be accused of “hate” and his mainstream platform would disappear.

Furthermore, Young has no restriction on his speech. He enjoys regular mainstream media slots. If he allowed criticism of Islam, those slots would evaporate.

While Young has unfettered access to social media, I have had my Twitter account closed for criticising South Yorkshire Police (the account was heavily shadow-banned in any case, and my number of follower would drop on a daily basis). My view numbers on YouTube dropped by 60% overnight; I am now censored there as well.

Worse still, I am routinely described as a neo-Nazi or fascist by the mainstream press and am never given a mainstream right of reply. Wikipedia portrays me as both a monster and an idiot. I am unable to respond on that platform. Toby Young is backing off from criticising Islam because he doesn’t want this to happen to him.

I am of course not the only one. Critics of Islam routinely find that they are cut off from basic services such as PayPal or high street banking. My party has suffered this time and again, and it is because we are critical of Islam.

In all but name, therefore, we are living in a sharia society.

For Britain is the party I founded, with the most wonderful people beside me, because I believe that we will either accept sharia quietly, or we will fight back — and that means fighting back against the entire system. We have to fight back against the media, big tech, politicised police, and of course the mainstream political narrative that to express opposition to Islam is “racism”.

Our fight back is not a violent one, and it is not antagonism or attack; it is merely our unbending commitment to standing by the truth. We will simply repeat the truth again and again. What I say about Islam is true. What I say about the ‘trans’ madness, or the censorship on climate change, or the political correctness that still allows gangs of Muslims to rape little girls, is the truth. I will continue to say what is true, to point out the reality in front of us, regardless of the onslaught it incurs. I cannot retreat on that.

My party has faced countless obstacles since our foundation, but we are becoming expert at overcoming them. We are now just over two years old. I’m proud to say that we won seats in our very first local elections, and indeed achieved major party status at the Electoral Commission. We did this while still putting the machinery of the party in place (which is no mean feat!), so now that we are far more structured, with a clear aim and manifesto, we are ready to move on to our next phase: winning more local seats, building from the ground up, and moving on to Parliamentary seats when we are more widely known.

It is a sensible strategy that will provide the party with firm foundations on which to build.

However, to succeed — and we will — we need members, donors, friends. Our manifesto is clear and concise and it is exactly the manifesto Great Britain is waiting for. It covers the issues mainstream politicians are afraid to touch.

We are a united and determined party that, while still small at this stage, is ready to grow and grow.

You can read our manifesto and join our party at www.forbritain.uk.

Anne Marie Waters is the founder of Sharia Watch UK, a former UKIP candidate for Parliament, and the leader of For Britain.

15 thoughts on “No Free Speech For Islam Critics”