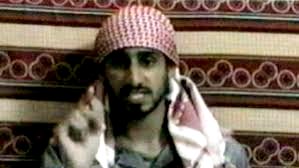 “We are at war and I am a soldier,” said Mohammed Sidique Khan, one of the London 7/7 murderers. Lee Rigby’s killer told the court, “I am a soldier… This is a war… I’m a Soldier of Allah”.

Observers who are alert to Islam’s objectives have little difficulty in accepting this. Public broadcasters and politicians, by and large, though, do not accept it. They are uninformed: as a result they are incredulous. Stephen Sackur of BBC Newsnight scowled with disbelief when Anjem Choudary informed him that kafirs are not innocent — basic Islamic doctrine — and that Britain has always been the Realm of War. The BBC knows better, apparently. Recently in France the very well-informed Eric Zemmour insisted to his interviewer:

His interviewer did not appear to be convinced: perhaps he thinks he knows better. The media, and, more seriously, Western governments, have yet to receive the memo.

The blogger ECAW writes, “In 2005 four British born Muslims blew themselves up on the London transport system, killing 52 people, citing religious and political motivations. I was angry about it but was elsewhere, and otherwise engaged, and I went back to sleep.”

ECAW probably speaks for many, many more. Why did we go back to sleep? Was it anything to do with repeated assurances from our leaders that these four had misunderstood their Peaceful Religion, that they had warped, twisted, perverted it and so on — you know the rest? ECAW is no longer asleep. His acronym explains: “Everything Changed After Woolwich”.

But… but… but we cannot be at war. War means Arnold Schwarzenegger… and helicopters… and commandos… and tanks. Let’s face it: most of our mental images are owed to Hollywood, and we hardly even realise it. No. War is not all heroic and exciting. It does not need to be continuous: it can be gradual. Wars in the past dragged on for decades — the Thirty Years’ War, the Hundred Years’ War, the Napoleonic Wars. Islam itself is, by its own doctrines, in “a permanent war institution” against the West, which is “Dar al Harb”, the Realm of War. “Britain has always been Dar al Harb”, Anjem Choudary assured BBC Newsnight.

The US has suffered many jihad attacks: 9/11, Fort Hood, Little Rock, Chattanooga, San Bernardino, Boston Marathon, Orlando night club, van ramming in New York, subway bomber, and so on. Britain has undergone a large number of attacks: Lockerbie, London 7/7, London 21/7, the foiled airline liquid bomb attack, the fertilizer bomb plot, Glasgow airport, the London night club failed car bomb, the beheading of Lee Rigby, the beheading of Palmira Silva, the murders of young Kriss Donald, Charlene Downes and others, the anti-EDL bomb plot, the Manchester concert bomb. Add the ongoing taking of thousands of vulnerable underage girls as sex-slaves, including one murdered at home with her family at night by arson. Add all the assaults on young men, and the carving out of Muslim-only ghettoes by the aggressive thuggery of White Drive-Out. The picture emerges of widespread and sustained hostile actions, complete with multiple victims. How many attacks are needed to qualify as a war? Certainly a state of hostility exists, with casualties.

The hideous reality is that so many of us telly-drugged Westerners are, indeed, asleep. We are aided and abetted in this by the biased, tainted, and Islam-licking mainstream media, who blacken law-abiding patriots and give Islam a free pass. News coverage is inadequate on important issues of nationality and law. The press and airwaves hasten to dish out a plentiful supply of distracting trivia instead about celebrity bikinis, actors’ gossip and football. It is ominously redolent of the Romans with their bread and circuses. The war, or state-of-hostility, meanwhile, goes on.

Were they soldiers, as they claimed, the London bomber and Lee Rigby’s killer? Or was this just a fantasy? They were not in the Army, so were only figuratively soldiers. Each, though, has something in common — being Muslim. Muslims are instructed in the mosques that they are Soldiers of Allah. Here is an old Islamic poem:

The mosques are our barracks,
The domes our helmets,
The minarets our spears,
The faithful our soldiers.

A politician in Turkey recited that poem publicly and seditiously some years ago to fan hardline Islamic fervour amongst his listeners. He was imprisoned for it. His name is Recep Tayyip Erdogan, and he is now President of Turkey. The military metaphor, of soldiers, armies, and fighting, has run through Islam from its war-ruled beginnings. Mohammed was a warlord who initiated surprise raids on unsuspecting villages and camel caravans, took female prisoners as sex-slaves, ordered torture, and beheaded six hundred unarmed captives. His followers were not paid: they had war booty distributed to them, after one fifth was deducted for Mohammed, as their reward. A complete chapter of the Koran is entitled “Spoils of War”.

With his armed followers Mohammed attacked Mecca and took it, which is why — by armed assault — it was forced to become Muslim. He took over for himself the lucrative market of pilgrims coming to the Ka’aba. When his followers asked “What about us?” he told them to go and attack the infidel to exact tribute — jizya protection money — and, if they do not pay, kill them and take their property, with their wives and children as slaves to use or sell. This is enshrined in Islamic law in the Koran’s famous ninth chapter at verse 29:

“Fight against those who believe not in Allah, nor in the Last Day, nor forbid that which has been forbidden by Allah and His Messenger and those who acknowledge not the religion of truth [i.e. Islam] among the people of the Scripture [Jews and Christians], until they pay the Jizyah with willing submission, and feel themselves subdued.”

This is not quaint old scripture storybook stuff: it is current Islamic doctrine, being both preached and practised. Hear Yaser Qadhi in Tennessee:

“Jews and Christians are filthy. Their lives and property can be taken in jihad by the Muslims”.

Islamic doctrine is exactly what Islamic State has been applying in Iraq. The jizya for Christians, as “People of the Book”, was set at such an exorbitant level that they abandoned their houses and fled, being robbed at roadblocks as they left of what money and jewels they still had with them. Such is war. The wretched Yazidis, not being Christians or Jews, do not qualify as “People of the Book”. They were given only the option to convert or be killed. Many dropped everything and fled into the hills. This is Islam in action, Mohammed’s model.

The awesome ninth chapter, or “sura”, of the Koran, “Sura At Tawba”, the one cited by the Woolwich killer, makes an important distinction. Within the Koran, which is not arranged chronologically, sura 9 is the latest complete chapter. As such it overrides and “abrogates” ALL the peaceful verses elsewhere in the Koran, because they are earlier. This sura 9, like the rest of the Koran, can be consulted online: it is well worth reading for its relentless hatred and violence. Anyone online can do so (quran.com/9 , or www.clearquran.com/009.html).

Jihad is “warfare to establish the religion … a communal obligation” for all Muslims, says the Manual of Islamic Law, Reliance of the Traveller (o9.0, o9.1). The Manual can be found online: anyone can consult it. Usefully, it frequently cites the Koran. This is because, quite unlike the Bible, which in Europe is a guide, the Koran is part of Islamic law. Anjem Choudary makes clear:

“The Koran is full of, you know, jihad is the most talked about duty in the Koran… Nothing else is mentioned more than the topic of fighting. You can’t say that Islam is a religion of peace, because Islam does not mean peace. Islam means submission… There is a place for violence in Islam. There is a place for jihad in Islam.”

All Muslims are under the obligation to support jihad, either by taking part in it, or by financial contributions. One-eighth part of zakat, the required contribution that all Muslims make, which is normally translated as “alms” to give it an old-fashioned charitable glow, is obliged by Islamic law to go to jihad. This is the reality of the many so-called “charities” of Islam, some of which, unbelievably, receive taxpayer funds: they support jihad.

It is the mosques that provide the base for jihad. Sam Solomon, a former professor of Sharia law, explains:

Every single mosque in the world, by definition, is modelled on the mosque of Muhammad in Medina… his Medina mosque, the first mosque, was a place where he gave judgments, where he decided who would be executed, where he instituted policy — domestic and military — where Jihad war strategies were designed. Consequently, it was a storage place for arms, a military training base, and was where troops were blessed and dispatched.

As is self-evident, the military metaphor runs throughout. “To supply our battalions” is one of the functions of mosques featured in the Muslim Brotherhood’s captured secret internal “Explanatory Memorandum”. This sets out their “General Strategic Goal” (see “The Project”). Every mosque is a “rabat”, a garrison, a beachhead in the conquest of a territory. A mosque is a court, a school, a training-place, and an arms depot. Police found arms in the Finsbury Park Mosque in London. The same has happened in Germany.

A mosque is often called a “Community Centre” as a disguise. It certainly is a centre: a centre for news of sex-slaves available for rent, a centre for marketing stolen passports, a centre for keeping note of who is failing to attend; a centre for applying peer-pressure, to “influence” a brother to bring his too-Westernised daughter into line by force, or else suffer himself. Every Muslim “brother”, after all, doubles up as executioner: this is one of Islam’s sinister internal strengths. Anyone who leaves Islam is to be killed. The killing is free of penalty “since it is killing someone who deserves to die” (Manual o8.4), and acts as a credit to gain paradise. The mosque is a centre for indoctrination by force: footage can be found online of imams striking their young pupils — or even lifting and throwing them bodily across the room — to discourage questions and enforce compliance. As Sam Solomon says, a mosque is NOTHING like a church.

The deliberate spreading of the network of mosques is part of the colonization and subjugation instructed by Islam: “Fight and kill the infidel until Islam is the only governance”, says Koran 8:39. “If anyone desires a religion other than Islam never will it be accepted of him” (3:85). Muslims are “the best of peoples raised up for mankind” (3:110). Non-Muslims, given the pejorative term kuffar, are “filth”, “the lowest of beasts” (8:22), “unclean” (9:28). Jews and Christians follow “remnant cults” of no validity (Manual, w.4), and are as “apes and pigs” (5:60), “the most despicable” (98:6). There really is not much doubt left.

Of course, our governments do not say Islam is at war with us. That is part of their reprehensible failure. Islam declares us to be the enemy: a Saudi government ruling makes it clear:

“The unbeliever is the enemy of the believer.”

For the citizens of the West this war is not, as were other wars, against foes abroad: this time the enemy is here and round us, and has citizenship.

“At some stage our wonderful leadership must wake up to the fact that we are already at WAR,” wrote MC in Sderot, a contributor to Gates of Vienna, back in 2014. So, too, should the media. An ex-Muslim, Noor al Amriki, makes this plea:

“I pray that the government and law enforcement agencies will wake up and quit believing this nonsense that jihadists practice some hijacked form of Islam. A simple reading of the Islamic texts will show them otherwise.”

Lee Rigby’s killer gave a warning, “You people will never be safe”. Both he and the 7/7 bomber made it clear: “We are at war”. Eric Zemmour goes further, and needs to be heeded: