Our Dutch correspondent H. Numan takes a look at the bizarre wave of socialist madness that is currently raging on both sides of the Atlantic. 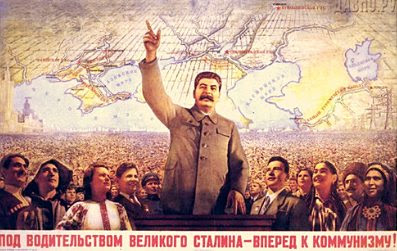 Socialism really is a cult

A bit of a bold statement, I know. Let me explain. There is nothing wrong with being social. After all, we humans are social animals. However, socialism as a political ideology is wrong. Very wrong. Socialism doesn’t work. It lets others do the work. Socialism has failed wherever it was implemented. It sometimes took a while, but it always failed. The few states left over that really are socialist are failing or going to fail. No question about it. With one exception: China. But China is first Chinese, then Chinese, then a long time nothing and finally they are socialist. Sort of socialist, that is.

Now, China has always been an absolute monarchy. Not surprisingly Mao ruled as one too, and so does the present emperor — who is titled president for life now. Not emperor, but effectively the same thing. Just a different name. He isn’t socialist, he’s Chinese. Red was always the preferred color for the Chinese. Red being the color of socialism is just an extra. All Chinese companies are effectively, if not outright, state-run organizations.

China has two major problems that it cannot solve: first of all, their failed one child policy. By the time China becomes a real superpower their army will be made up of old fogies with crutches and drips. Don’t underestimate that problem. China already has huge problems finding sufficiently capable soldiers at this very moment. Imagine what it will be like in twenty years, when they really will have an enormous manpower problem.

The second problem is corruption. Corruption is ingrained in Chinese society, regardless of ideology. Socialism only makes it worse, much worse. The current Chinese leadership is more worried about the reliability of their army, specifically the top brass, than anything else right now. If worst comes to worst, we can always buy a couple of Chinese army commanders. The leadership knows it, and dreads it.

On the bright side: China is not interested in conquering the world. Just the business part of it. On the not-so-bright side: they’re damned good at it. China is a problem for the future. Right now we have bigger worries. The first is socialism, and the second one is mohammedanism. More about mohammedanism in another article.

So let’s get back on topic. Socialism is a cult. You see it in America, where the Democrat party is anything but democratic right now. And in England, where the Labour party should rename itself the Stalinist party. Likewise, in all western countries social democratic parties have been taken over by diehard old-fashioned communists. And … the left is again losing. Again, because they have learned nothing from the past. Like Louis XVIII of France, the king who replaced Napoleon: they have learned nothing and forgotten nothing.

Jeremy Corbyn even had the gumption to say: “We have won the debate, but failed to achieve a majority.” His followers blame everyone — except themselves. They blame the ‘extreme right-wing media’ for their loss. And of course the silly, stupid and antediluvian electorate. Anyone and anything, except themselves. Now, the media in Europe are about as left-wing as Pravda was during the heydays of communism. It was Corbyn (and his minions) who vilified themselves. Not the media.

For Corbyn really is a vile person. He is a warm supporter of every socialist dictator alive. Kim Jong-Un, Maduro and Castro among others are his friends. Corbyn is a virulent antisemite, though he calls himself anti-Zionist. It’s exactly the same, but being antisemitic is nowadays punishable by law. Hamas and Hezbollah are his friends; they fight against the capitalist Zionist conquerors of their country. The media did all they could to soften Corbyn’s words so it wouldn’t hurt him too much. Labour adherents who say the BBC is a right-wing broadcaster are delusional.

Likewise in America your ‘Democrats’ are making fools of themselves as well. The impeachment is nothing more than a last-ditch effort to stop the clearing of the swamp. A weak and sad attempt. It won’t succeed because it can’t succeed. Impeachment, yes. At the moment the ‘Democrats’ have a majority in Congress. But the verdict is decided in the Senate where the Republicans have a very comfortable majority. Even if a few renegade Republican senators were to commit political suicide by voting for impeachment, it’s not enough. If I as a non-American with little legal knowledge about the impeachment procedure can clearly see that, so can the ‘Democrat’ party. Notice that the only real offenses directly mentioned in the acts of impeachment for which Trump can be prosecuted, bribery and blackmail, are not in the indictment.

It’s nothing more than a vile attempt to vilify Trump and to divert attention. Again, everybody has done it — but not the Democrats. Even worse, this is the second impeachment attempt. With even less chance of success. So why do they do it?

Most of it is revenge. Both the Democrat and Labour parties thought they would win. But they unexpectedly didn’t. In the nick of time Donald Trump and Boris Johnson snatched their assured victory away. Worse, both won massively. Even with the full support of nearly all the media (less so in the USA) the socialists lost. In both countries the electorate has had enough of thinly disguised Marxists ranting doctrine. That hurts. They want revenge, or at least to take their hated opponents with them down the drain.

Now you may ask, how is it possible that die-hard Marxists could take over the Labour and Democrat parties? That’s very easy to do. You do a hostile takeover. Simply go to the party meeting with enough supporters and vote the board away. Easy as pie. I’ve seen it in action myself. Not that many people attend those yearly board meetings. All you need is enough supporters to vote your desired candidates into office. Let’s say a local party with 2,500 members. During the annual meeting about 100 people will show up. In order to take over that local party you need a simply a majority. So 51 supporters is enough. But there are always people who will vote with you and people who abstain, so if you show up with less than 40 supporters that’s likely enough to take over the local party. The other 2,460 members don’t matter.

That’s how die-hard communists took over both parties. Now there is a huge difference between the electorate and the party hierarchy. The electorate wants a social program. The party hierarchy wants to implement and enforce a Stalinist socialist program. Anyone not toeing the party line is eliminated. Not only inside the party, but even more outside their respective parties.

Look at Twitter: the corporation is rigidly enforcing progressive ideology. Anyone remotely crossing the line is banned. Look at Facebook. Exactly the same. Google fires employees who dare to say water is wet, for the progressive ideology of the moment said it isn’t. All left-wing parties everywhere vilify anyone who dares to oppose them as extreme right wing, fascists, neonazis or old fogies.

What the losing left-wingers do is look at their friends on Twitter and Facebook and pretend that is the majority. Those people say what they want to hear, therefore it must be the majority. That’s exactly what members of a cult do.

Across the board progressive ideology is losing. Massively. Again they have failed. Communism failed. We didn’t win the Cold War: they lost it. That’s something else. Despite the massive advantages we gave them, they still lost. The MiG 15 was such an excellent fighter because the British Labour government gave them, free of charge, the best engine in the world at the time. The communist and social parties in the west did whatever possible to assist and support the USSR. On the other side of the Iron Curtain there weren’t any parties, apart from the local communist party. The communist administrations kept a very close eye on what everybody thought. And yet… they are gone.

The current crop of progressives are without much exception upper middle-class students, led by the last wave before them. I’ve seen photos of Hillary and Bill as hippies in their younger years. The progressives talk among themselves and think that it is the opinion of the working man. They read only what they see on Facebook and Twitter. As soon as questions are asked, they hide in their safe spaces. Being young, they have little knowledge how the world works. Everything is black and white. In their case: black and red. Any other color should be banished forever.

The left is losing out. In America the swamp will be drained in 2020 after the elections. In England the cleanup begins after Christmas. This is a massive blow to the EU. Add to that the demise of Angela Merkel. Politically she’s already dead and buried. In France Le Pen is going very strong. You don’t hear a lot about that — for that reason. In Italy the EU was able to manipulate the left-wing parties into a pro EU government. All last-ditch efforts to postpone the inevitable.

In dear little Holland we have now a minority cabinet. One member of the Conservatives (VDD) went independent. The majority had exactly one seat. Not anymore. We just lost a junior minister in a tax scandal, and are about to loose the woma… minister of Defense. Not for tax reasons, but because of a bombing raid by the Dutch air force (lots of air, not so much force) in Syria. Mark Rutte is leading his last cabinet. And going down by the day in the polls. From 33 seats to 19 right now.

That doesn’t mean to say Geert Wilders will become prime minister. The cabinet is still surviving, but I expect a resignation at some point next year. Over what, I have no idea. That’s in the future. In Holland the progressives feel safe enough. But time is running out. For them as well.

20 thoughts on “Socialism Really is a Cult”