The diminutive choristers are to be indoctrinated trained as “ambassadors for climate justice”.

MissPiggy, who translated the text and video below, reports that WDR2 later back-pedaled, claiming on Twitter that the song was in fact a satire. However, an announcement from last October by WDR2 belies that assertion, demonstrating that the broadcaster was launching the initiative in all seriousness.

In case it gets removed from the Internet, MissPiggy has screen-capped the page in question: 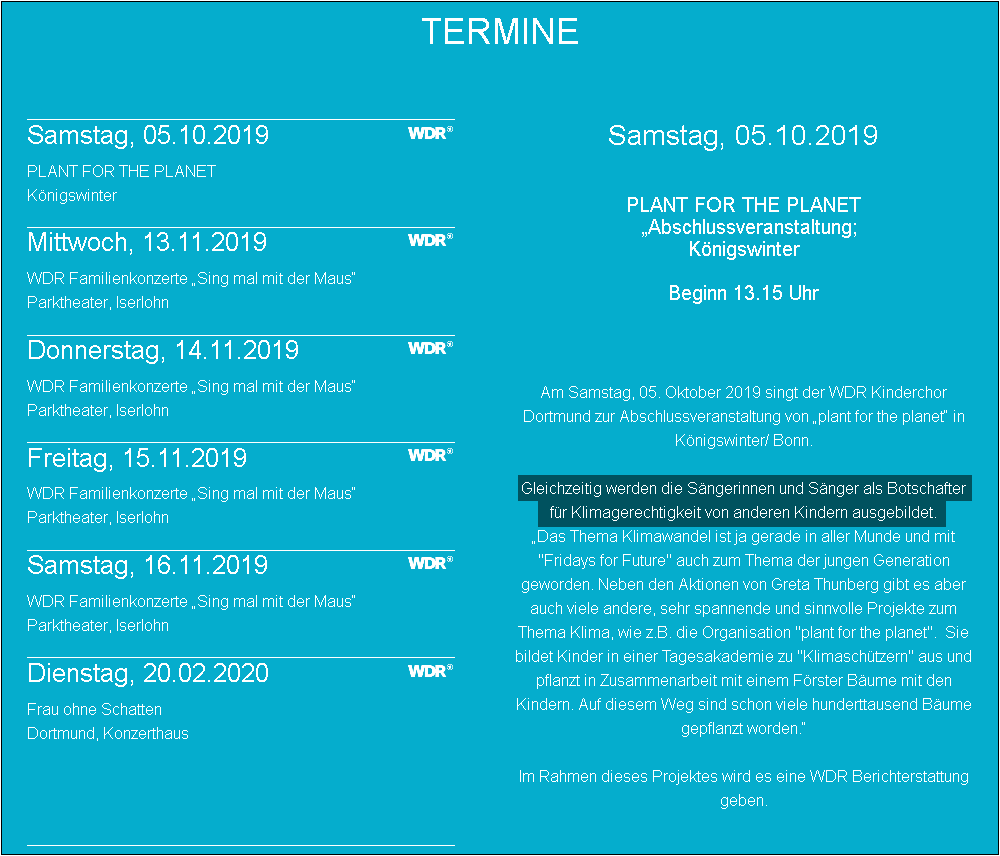 On Saturday, 5 October 2019 the WDR Children’s Choir of Dortmund will sing at the closing event of “Plant for the Planet” in Königswinter, Bonn.

At the same time the singers will be trained as ambassadors for climate justice by other children. “The topic of climate change is on everyone’s lips right now, and with “Fridays for Future” it has also become a topic for the younger generation. In addition to the activities of Greta Thunberg, there are also many other very exciting and meaningful projects on the subject of climate, such as the organisation “Plant for the Planet”. This organisation trains children in a one-day academy to become “climate protectors”, and plants trees with the children in cooperation with a forester. Many hundreds of thousands of trees have already been planted in this way.

Within the framework of this project there will be a WDR report.