Last Sunday the leftist opposition made major gains in local mayoral elections in Hungary (see this Reuters article for more). Our Hungarian correspondent CrossWare sends the following analysis of the results. 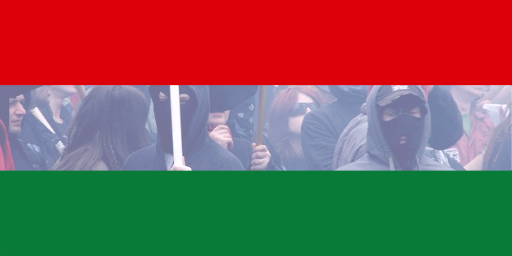 What Went Wrong in the Local Elections in Hungary?

There was an election of city council mayors in Hungary on October 13.

As a result, Prime Minister Viktor Orbán’s Fidesz party lost control of the capital city Budapest as well as seven other major cities, more than half of the major cities in the country. The opposition — which was a loose alliance of neo-Marxists, old-Marxists, socialists, neo-Nazis and other criminals — won significant bases in the country.

How could such a thing happen, when conservatives all over the world admire Viktor Orbán’s thoughts and principles and look to Hungary as some kind of Christian conservative paradise?

The answer is not easy, because we have to face facts: Viktor Orbán, while a larger-than-life politician, is still human. Also, we have to acknowledge that his party Fidesz is not filled with a lot of other Orbáns.

The problem is that the present governing party does nothing about the Communists presently residing in various strategic places, despite the fact that Fidesz declares itself to be a fierce anti-Communist party.

The scandal first started a couple of years ago, when Fidesz attempted to retire the old and 100% Communist judges from the Hungarian legal system. The EU blocked the decision, and now everybody understands why they saved their dear comrades. The Fidesz government backed off and the Commies remained in the system, and even started to organize their own resupply of candidates.

Despite its election promises, the Fidesz-led government never reorganized the education system, so now higher education just as full of Marxists as in any Western country. Conservative students report that their teachers spend their teaching hours bashing Orbán and “his fascist regime”. Nobody gets punished for this, despite the fact that we have a law forbidding educators from expressing political opinions in their workplace. The teachers remain in place, and the government just stands there doing nothing to resolve the problem.

Hungarian cultural institutions — theater, film and media — heavily rely on government support, and despite the huge amount of money that lands in their accounts, more than 80% are heavily left-leaning Orbán haters. Right-wing authors and actors are shunned, ostracized. Left-wing neo-Marxists call Orbán a scumbag, while receiving awards afterwards awards from the government. Most Fidesz supporters, myself included, just look at all of this blankly; we do not understand… We gave this government a two-thirds super majority to take care of the parasitic remnants of the last thirty years, within the rule of law, of course. But instead we see the opposite: the government happily supports forces bent on overturning the present system and handing over full power to the Globalists. What is causing this? Why this is happening?

One thing I can say is that the problem lies with Orbán himself. On multiple occasions he has affirmed that he and Fidesz openly and fairly stand forth with an “open visor” like a knight ready for a fair fight. That is a faux romantic self-indulgence, a kind of virtue-signalling — painting oneself as hero, a white knight, who only fights fairly and openly… a misplaced moral superiority, doomed to failure. Just like the light cavalry failed against the machine guns in the First World War, because life is not fair and the enemy (especially the Communists) never play fair.

What other problems are at work here? Fidesz has become overly comfortable with their third consecutive two-thirds victory, and they forgot this is not because of their genius strategy, but rather a reaction to the nightmarish governance of the Communist-Liberal government between 2002 and 2010. That Globalist government completely plundered the country during the period of their rule, and the older people still remember vividly. However, those people are aging, while the younger generation is influenced only by their Marxist teachers in school, and Fidesz is having trouble connecting with the younger generation.

The present leadership of Fidesz is mostly made up of the people who established Fidesz, the classmates of Orbán from his university years. That is not a good enough qualification for being a lieutenant of Orbán, and it shows. There are the incompetent old and fat ones who blew the present election campaign, the rich “resourceful” ones who, using their influence unlawfully, alienated many potential voters. Most of them live in Budapest and are far removed from what is happening in the countryside. So Fidesz created its own little swamp, in which party sub-leaders are comfortably wallowing, while Orbán and some of the others are working themselves to death, trying to save the country from the EU.

The reality is that Fidesz is slowly losing ground. This process began and was visible during the EU election a couple of months ago, where the campaign was almost non-existent, and out of 21 possible seats Fidesz won only 13. (The expectation even from the opposition was at least 16 seat for Fidesz and the rest for them!) Now eight guaranteed Soros-soldier traitors are voting against Fidesz in the EU. They have already successfully blocked candidates from being elected to important EU positions. Now with this latest election, the loss is even greater. Most large cities and Budapest itself landed in the hands of the enemy, which will provide them with support and economic sustenance until the 2022 general elections. The opposition has already announced that they will attempt a solution similar to that of their USA Democrat counterparts, with the sanctuary cities, defying the government and accepting migrants from the EU directly.

Oh, and another little fact: in Budapest almost 90,000 foreigners voted (according to EU rules, foreign citizens living in another country can vote in local elections). Based on unofficial records, significant portions of them were Jews who moved here from France and other places, where Muslims were tossing them out of windows and murdering them in cold blood. Now they are here and safe and they voted for the LEFT, who want to create in Hungary the very same multicultural hellholes they escaped from.

This prompts another recognition, at least for me: we should never accept the fleeing whites from Western European countries, because with few exceptions they will vote to establish the very thing they escaped from. The same process can be seen in Texas (Austin and other major cities).

30 thoughts on “What Went Wrong in the Local Elections in Hungary?”