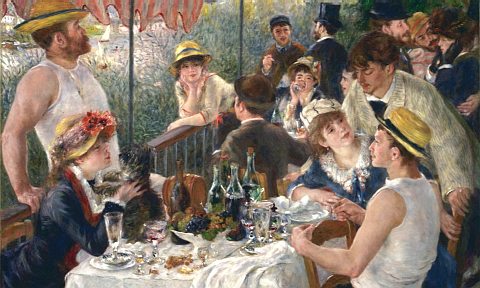 I returned late last night from a three-day weekend at an undisclosed (and rustic) location in Quebec. It was more of a retreat than a conference, and there was no agenda as such. A group of like-minded “red-pilled” people simply got together at a picturesque rural venue to eat, drink, and talk.

This enjoyable occasion enabled me to make contact with people I hadn’t seen face-to-face in a long time, and I also met some folks that I’d only known previously through their videos or in email and skype exchanges. I’m a severe introvert, so meeting new people is hard, but it seemed easier when their faces were so familiar from watching Vlad’s videos.

Some of the material that was discussed over the weekend will be made public in due course, and I’ll post it when it becomes available.

It was the last gasp of summer weather in those latitudes. I hail from a southern clime, so when the sun wasn’t shining it felt quite cold by my standards. I stayed inside a lot of the time, but some of the hardier folk from Canada and Europe actually went swimming. They said the water was warmer than the air.

The temperature was 82°F (28°C) when I stepped off the plane last night in Virginia, and it felt WONDERFUL.

I came in too late to post a news feed, but I’m in the process of extracting a lot of items from the email backlog to make an extra-large news feed for tonight.

4 thoughts on “An Autumnal Interlude”