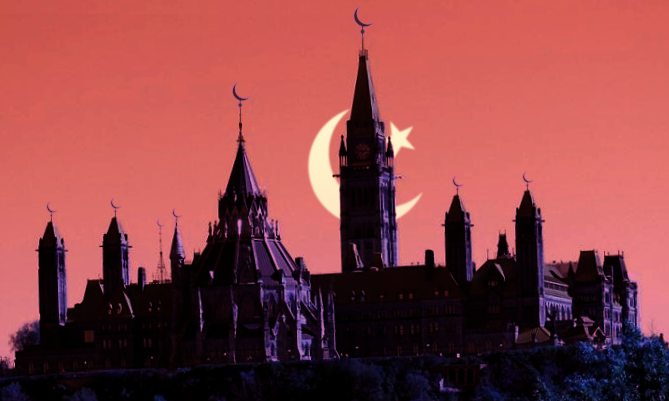 A reader in Ottawa sends this report on the Islamization of his local park. The upraised index finger mentioned in his account is often referred to as the “ISIS salute”, but that is a misnomer: it is widely used by devout Sunni Muslims (and not just followers of the Islamic State) to represent tawhid, or the oneness of Allah. Christians are idolaters against tawhid due to their doctrine of the Trinity. Hindus, of course, are even worse, with their full pantheon of gods that are not Allah.

Two days ago, around 3:30 in the afternoon, so on 26 August 2019, in Minto Park, which is in center town Ottawa, where I was sitting minding my own business, there were two black guys on the bench opposite me.

As I was getting up to leave, one of them flashed the upraised index finger at me, the sign of Muslim supremacy. No mistake. It was very clear, and he was looking right at me and holding his arm straight out. The disquieting Muslim presence in the city is becoming increasingly obvious.

The sound on the ground, a while back, was that “ they” were planning to take over the nearby Business Inn, an apartment hotel for business travelers, also on Elgin, a big place, formerly an apartment building, which is next to the park, for Syrian “refugees”. This has not happened. Should it take place, I fear it would be the end of our lovely quiet, clean and safe Golden Triangle…

15 thoughts on “The Ummah Lays Claim to Ottawa”