The appointment of Ursula von der Leyen, the German Defence Minister, and Charles Michel, the Prime Minister of Belgium, at the helm in Brussels is good news for Brexiteers. Von der Leyen and Michel hate and despise Britain, with the same vigour as Ann Widdecombe and Nigel Farage fight the EU, and they have already indicated that they are eager to see the back of the UK as soon as possible.

Following the Brexit referendum, von der Leyen lambasted the Brits for having “paralysed” and “consistently blocked” the Eurocrats’ ambition to construct a “United States of Europe,” while Michel added that Brexit creates the opportunity for expanding the powers of the EU, “the most beautiful dream of the twenty-first century.” 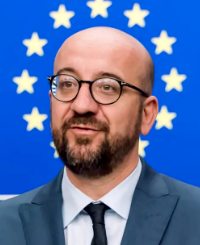 Both Ursula von der Leyen and Charles Michel grew up in families of Eurocrats eager to create a European super-state. Both were born and raised in Belgium. 60-year old Ursula von der Leyen nee Albrecht is the daughter of Ernst Albrecht, a former Director-General of the European Commission in the 1950s and 60s and afterwards Prime Minister of the German state of Lower Saxony.

As Defence Minister, von der Leyen turned the Bundeswehr into a laughing stock. She had the German army squander money on several useless projects, including purchasing new assault rifles that cannot shoot straight in warm weather. The anecdote about the German soldier who, for lack of weapons during a NATO exercise, took a broomstick and painted it black is not a joke, but sad reality. She is also known for a Ph.D. thesis that contained several plagiarised paragraphs and for going against her own Christian Democratic Party by supporting adoption rights for same-sex couples. 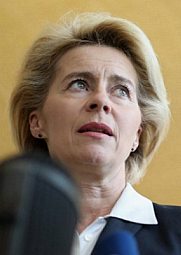 Paradoxically, the appointment of LGBTQ+ activist von der Leyen was supported by conservative governments in Eastern Europe, such as Poland’s. This prompted German journalist Peter Grimm to suggest that “by rendering the German army largely incapable of fighting, she has somehow reassured countries that were once invaded by the Wehrmacht.”

Charles Michel is a product of blatant nepotism. He is the son of Louis Michel, who as former Belgian Minister of Foreign Affairs and former European Commissioner was an outspoken advocate of annexing the entire Mediterranean basin, including North Africa and the Middle East, to the EU.

But here is the good news for the Brexiteers: Since Van Rompuy explicitly admits that an EU army is impossible as long as “the British brake” on a common European defence structure is not removed, turning the EU into a “world power” will not be possible without Brexit. Herman Van Rompuy, Ursula von der Leyen, Charles Michel, Emmanuel Macron, all realize this.

So, throw a well-deserved party to celebrate Brexit when it occurs, but do not forget to watch your back. Because history shows that every continental empire across the English Channel has been an enemy of Britain, democracy and freedom. The EU empire in the making will be no different.

Read the rest at The Telegraph.

5 thoughts on “The New Czars of Europe”