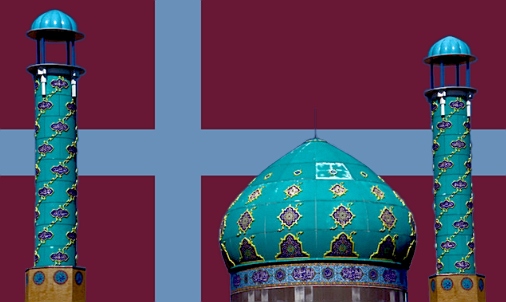 The number of Muslims living in Denmark has grown large enough to have electoral significance. And, as in all other Western countries, Muslims organize themselves to vote as a bloc, usually for the left-wing parties — the Left seems more willing than the Right to adopt policies that attract Muslim votes.

Tania Groth, who translated the article below, includes these remarks:

Four years of leftist socialist, globalist open-doors government spells no end of trouble for Denmark. This election was a watershed moment, and it would not surprise me at all if we have seen the last of any future conservative government (not that the last “conservative” government was any great force in stemming the tide — on the contrary — and the immigration-critical Danish People’s Party did pretty much nothing).

In any case, with the demographic situation and Muslims organizing themselves to vote for radical leftist parties… it is the beginning of the end. Denmark is gaining speed on the slippery slope and, alas, they’re either too dumb to realize it, or too lazy to do anything about it.

I despair for my fellow Danes, I truly do.

The translated article from Jyllands-Posten:

The mobilization of Muslim voters, which led to massive advances in the Radical Liberals in vulnerable residential areas, does not please everyone.

“It worries me, because it shows that there is no separation of the various powers, but instead parties are bonded together not on political grounds, but rather on the premises of Islam. It can affect the very basic uniformity we have in Danish society,” says Søren Hviid Pedersen, a debater and high school teacher with a PhD in political theory.

As Jyllands-Posten reported Friday, in urban districts that are on the government’s ghetto list, there was an organized mobilization of the area’s residents. In Gellerup in western Århus, an electoral group was set up, which in co-operation with a mosque and various associations, recommended that people vote for the Radicals and the Unity List.

Nor does it please the debater and priest Sørine Gotfredsen:

“When you begin with this mobilization, and even stand with authorities in the lead recommending specific parties (to vote for), the parallel society has gone from being introverted and closed and in general completely deaf towards the surrounding society to wanting to enter into the debate in order to change society. The parallel society comes a step further in the struggle for what defines Denmark.”

In Gellerup the Radical Liberals went from a voting share of 5.1 percent in 2015 to 34.2 percent in 2019. The same trend was seen in Vollsmose, Tingbjerg and in Nørrebro, where the Unity List is also strong.

The sociologist of religion Brian Arly Jacobsen, at the University of Copenhagen, does not believe that one should attach too much importance to the imams — or that there is anything wrong with Muslims organizing themselves into special Facebook election groups.

“In a democracy, it is a legal argument that they have used, and in that perspective, I do not think it is a problem that they have mobilized on the basis of certain interests. There are also other community groups that do that,” he says.

The Aarhus councilor Rabih Azad-Ahmad, Radical Left, also sees no problem. On the contrary, he welcomes the fact that more residents in for example Gellerup have taken up democracy.

12 thoughts on “Trolling for the Muslim Vote in Denmark”