Yesterday was Empathy Day. Or maybe today is; I’m not sure.

Evidently the Empathy movement has been by schisms rent asunder, so that there are now multiple sects, each claiming to be the one, the true, the only source of Empathy.

Anyway, the tweet below was posted yesterday by an amusing fellow named Zuby: 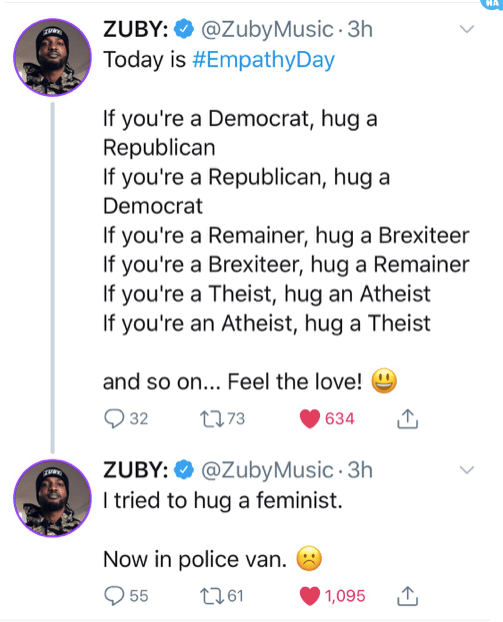 Zuby’s escapade reminded me of a meme pic we posted a few years ago. I constructed it based on an original (smaller) version by someone else; can’t remember who: 7 thoughts on “Empathy for the Devil”