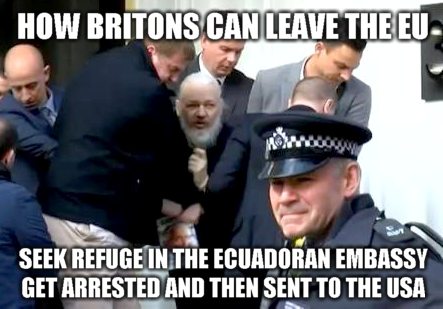 So, Miz May, you wanna list of some exit routines? Just askin’…

Some background from Tucker Carlson

3 thoughts on “There Must Be Fifty Ways to Brexit”