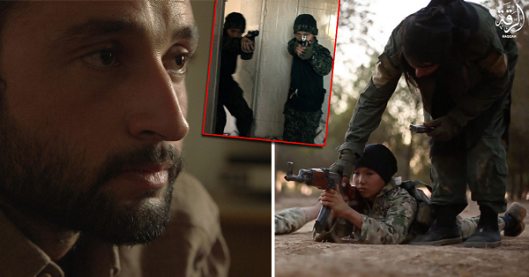 The following interview with an alleged former emir of the Islamic State was published in Sweden. If Abu Abboud al-Raqqawi really did repudiate ISIS, it’s presumably because he realized that the Caliphate was about to go down in flames, and wanted to save his own skin.

Many thanks to Tania Groth for translating this article from the Swedish daily Expressen:

ISIS saves its children’s army for war against the West

A group of children, dressed in camouflage outfits, stand with knives in their hands ready to cut the neck of their victims. The victims are adult men forced to kneel. They are murdered to the sound of the children’s cries:

There are a plethora of these horrible movies on the internet, posted by ISIS propaganda centers.

But, for the first time since the Islamic State was founded in the summer of 2014, a high-ranking emir now reveals details of the IS children’s army.

“They are called Ashbal al-Khilafa. Most are children of Syrians, but there are also foreign members,” says Abu Abboud al-Raqqawi.

In ISIS-controlled areas, all schools have been closed. Parents living there have two options to choose for their sons: Koran studies in the mosque or Ashbal al-Khilafa.

Ordinary Muslims who go to schools do not need to be members of the Islamic State. There they learn about Islam based on ISIS’ interpretation. Or they can choose Ashbal al-Khilafa camp. It is voluntary, says al-Raqqawi.

Those who go to Koran studies do it for a few hours every day. It works just like the Koran schools during the Taliban era in Afghanistan and Pakistan. You do not have to stay in camps to attend the courses.

But Ashbal al-Khilafa is something completely different.

“In Raqqa alone were built at least 15 training camps for Ashbal al-Khilafa. In each city and in every village and community that ISIS controls, such camps are established. Each camp receives between 600-800 children. There they live for six months — completely isolated from the outside world and from their parents. They are being prepared to become future soldiers — not to participate in the fighting now, but as a reserve army,” al-Raqqawi says.

The training consists of practical and theoretical parts. ISIS films circulating on the sect’s propaganda channel Amaq show how a small group of child soldiers are searching through a “bombing house” for their victims. The victims are kidnapped people who have to hide in the house for the children to find and kill. It is part of the children’s education.

“The most dangerous ones are the children who are taught to perform secret assignments.”

[Photo caption (at the top of this post): According to Abu Abboud al-Raqqawi, ISIS saves its children’s army for future war missions against the West. The pictures are from one of the ISIS propaganda films.

“These children are not used in the war now. A few are selected as suicide bombers, but the rest are saved for the coming war against the West. They are more brutal than the adult members. Several of them volunteer to participate in battles, but they cannot, they say,” al-Raqqawi

The boys’ ages vary between nine and fourteen years. But ISIS makes exceptions for those younger than nine years — if they look older. During the training period the children are divided into different groups. There are those who become suicide candidates or ordinary combatants.

“The most dangerous ones are the children who are taught to perform secret assignments. They learn how the intelligence service works and how to blend into different societies. Those are the ones that will be sent out to the world as dormant cells,” al-Raqqawi says.

[Photo caption (not shown): During the six-month training camps, the children are forced to be completely cut off from their families and schooled in terror, murder and propaganda.]

According to al-Raqqawi, there were four loyal ISIS cooks who cooked the food that was distributed to all camps in Raqqa. Two of the cooks were foreigners and two were Syrians. Only a few selected were allowed to enter the kitchen where the food was cooked. al-Raqqawi often visited the kitchen to make lists of what was needed.

There he discovered that the cooks mixed a powder from small bags into the food and into the drinking water. Al-Raqqawi had himself participated in various training camps and there heard of the powder that is mixed in the food to make recruits brutal. Now he saw it with his own eyes, even though he does not yet know what the powder contained.

“That’s how they get suicide bombers to volunteer during training camps,” says al-Raqqawi.

“You eat and go to the sharia lecture taught by Abu Mossaab al-Farancy. When Abu Mossaab tells you that your sisters are imprisoned with unbelievers and it is your duty to fight them, you feel motivated to go to war immediately. Or to become a martyr.”

Abu Mossaab al-Farancy is an Arabic-speaking Frenchman who is responsible for all training camps.

“Anyone who is married and will be a martyr will choose who his wife will marry when he dies.”

Fighting martyrs are a different mode of war than suicide bombers. The warrior is equipped with weapons, hand grenades and explosives, and is sent in behind enemy lines. He usually fights until he dies.

The powder is mixed in the food and drinking water in small amounts so that the taste cannot be detected, according to al-Raqqawi.

“After a time in training camps, you feel strong and motivated to go out in battle. No one needs to ask you if you want to fight. You on your own and say ‘Sheikh Abu Mossaab, give me the car to attack the infidels.’ It is thanks to the powder and the tablets that suicide bombers eat just before they make their attacks,” al-Raqqawi says. 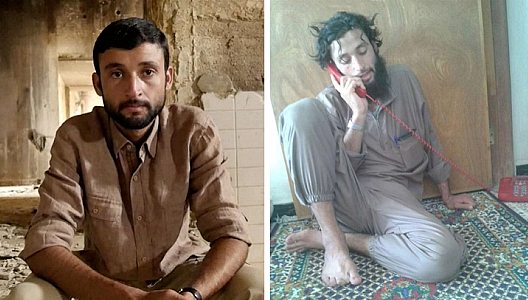 [Photo caption: Now and then. Abou Abboud al-Raqqawi was previously a high police officer in ISIS’ religious police. Now he is fleeing with his four wives and their children.]

Do they get it all the time, or just on the odd occasion?

“No, no. This is mixed in the food and in the drinking water. But they make sure nobody detects it.”

Each candidate for martyrdom donates everything he owns to his friends and relatives before the mission.

“The one who is married and will become a martyr chooses who his wife will marry when he dies. It is a way to feel confident that she will follow in his footsteps,” al-Raqqawi says.

One month before you carry out your suicide mission you have to go home and rest yourself. You don’t have to do anything during this month. All wishes are fulfilled in order to go “debt-free” to “heaven”.

First, he is prepared with faith and the ethos of the battle. He gets help with everything he needs. All his wishes are realized. Car, money, clothes. All his debts are paid off. No matter how big the debts are. They say that whoever is on his way to martyrdom must go without debt.

“He laughed as if he were not heading for death.”

What is the benefit of getting car and money when killing yourself?

“No, you don’t take it with you in death, but you donate everything to your friends and siblings. You are absolutely convinced that you are going to paradise.”

Al-Raqqawi says he has had many friends who chose to become suicide bombers. He said farewell to some of them before they left in cars fully loaded with explosives.

They all behaved “normally”, according to al-Raqqawi. He tells about one of them:

“He laughed as if he were not heading for death.”

You were emir in the Islamic State, but now you say they’re not real Muslims.

“Yes, they are not Muslims.”

But did you contribute to the founding of ISIS and help them?

“That’s right. I joined ISIS and stayed with them for some time, but there was no way for me to resist them when they were wrong. It would be enough that only one person testified against me that I said something negative about ISIS, and I would have been slaughtered.

Al-Raqqawi claims he did not participate in executions and did not kill anyone.

Abu Abboud al-Raqqawi was the ISIS officer in Raqqa in Syria.

He voluntarily joined the Islamic State after Raqqa was conquered and proclaimed the terrorist capital three years ago.

He held several senior positions in the al-Hisbah religious police in Raqqa. Among other things he was emir in the ISIS logistics committee and for a unit within the migration police. He states that he had over 50 men under his command.

Abu Abboud al-Raqqawi claims that even though he was an ISIS officer, he was not responsible for executions and torture. In the interview, however, he confirms that he was involved in executions as part of the training in sharia camps.

Today he has moved away from Raqqa and lives elsewhere with his four wives.

Abu Abboud al-Raqqawi is in fact a fake name, but he has permitted Expressen to publish photos of him in connection with the interview.

16 thoughts on “The Killer Children of the Islamic State”