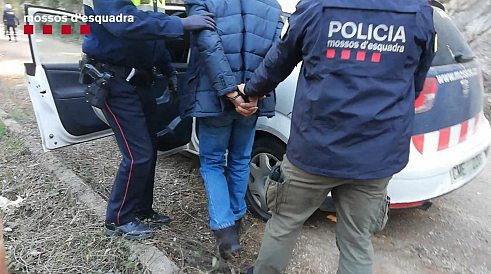 This is an unusual story of culturally enriched thievery from Barcelona.

By the way — I consider gypsies and other non-Muslim immigrants from the Third World to be culture-enrichers. Islam is not the only form of cultural enrichment in the West.

Pampasnasturtium, who translated the article, includes these prefatory notes:

One, as pointed out by you, if I recall correctly, ‘Romanian’ here is likely a cover to avoid saying “Roma”.

In present-day Spain, mentioning the slightest bad thing about ‘gitanos’ (gypsies), past or present, and no matter how outrageous and true, is as strictly verboten as criticizing homosexuals, mohammedans, etc.

Two, while listing the nationalities, the author of the report has respected the victims’ pyramid: native Spaniards first, then male migrant, then female migrant — from ‘oppressor’ to the most ‘oppressed’… even though responsibilities were not in that order — eventually it is revealed afterwards that the male migrant was the leader, so wouldn’t it have been more accurate to put him at the head of the list?

The translated article from the Catalonian daily La Vanguardia:

Police arrest a gang that checked their horoscope before their burglaries

Regional police agents [‘Mossos d’Esquadra’] have broken up a criminal organization that specialized in robberies with violence on retail premises using the ‘butrón’ method [‘butrón’: hole made through a wall to break in], and they have arrested four persons who gained access to shops through small holes, thanks to their contortion skills. Before setting up the heist, the head of the gang checked his horoscope to pick the best day to act and, once the date was selected, would go to the premises chosen with the rest of the band in two 4×4 vehicles.

The arrested men are two Spaniards aged 26 and 46, a Romanian man aged 55, and a Venezuelan woman aged 24. It is believed they carried some twenty robberies, fifteen of them in Barcelona, as stated by the Catalan police this Monday in a press release.

The investigation started last October 14 when a robbery was discovered in a bar in the district of Nou Barris in Barcelona, which the thieves had accessed making a hole from an adjoining building lobby.

Police agents identified the vehicle the perpetrators of the burglary had used, which turned out to be a red 4×4 of considerable size, and the driver of the vehicle, a man with a criminal record of several robberies by force committed in Valencia, together with another citizen.

Furthermore, police agents established that since March several police reports of robberies by force had been filed in Barcelona, all of them carried out using the same modus operandi.

The investigation concluded that the robberies had been carried by an organized group, led by a citizen of Romanian origin.

The group selected the bars and gained access to them by making a hole from a stairwell, without being discovered by the neighbors, and kept watch on the area to know the timetable and itinerary of the owner and the employees.

Before organizing the burglary, the head of the gang checked the horoscope to pick the best day to act, and once chosen, went to the premises with other members of the band in two 4x4s.

It turns out that the head of the group was identified in 2010 doing contortionist shows in the street, the same skill he used to enter the bars, getting into them via the smallest of holes made in unlikely places.

He made one of the holes from within an elevator [Translator’s note: ‘habitáculo del ascensor’ could also be the elevator shaft], right underneath it and with the device in service, while the neighbors were going in and out of it, putting his physical integrity at risk.

The leader of the group was a lonely person who lived in a small cabin in the middle of the woods of Guanta, in Sentmenat [Barcelona].

While searching his house, police found an account book where he wrote all the actions he carried out to commit the robberies: plans of the premises and of the adjoining building lobbies, the points where the other members had to be, the routines of the owners and an entire series of details that revealed his methodical character.

The judge in charge of the case authorized two searches, one of his cabin and another in Castellar del Vallès [Barcelona], where the other head of the group was to be arrested and where the agents located the dog that accompanied the group.

The two main members of the gang were jailed after registering pleas in front of the judge, while the other two were charged and released.