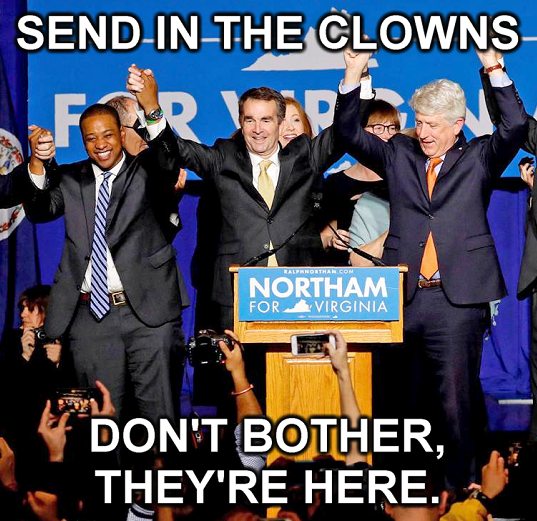 The Baron has been compiling a file of material and links on the ongoing Governor Coonman crisis. To entertain himself he includes nicknames, side remarks, etc. of his own composition. I’ve become alarmed, because it seemed he might crack a rib from laughing at everything, so I thought I’d better post this and put his mind at rest.

Note: I’ve redacted some of the naughtier soubriquets.

And here it is, Stephen Sondheim’s “Send in the Clowns” from his play A Little Night Music.

Dedicated to the many clowns who keep popping up in the Old Dominion, like characters in a play by, say, Aristophanes.

As (perhaps) Solomon reminds us in Ecclesiastes, there really isn’t anything new under the sun… especially not in politics, especially not in the game as it is played in our battered Commonwealth. Thomas Jefferson would be turning in his grave were it not for his own peccadilloes.

14 thoughts on “Beclowned in Virginny”