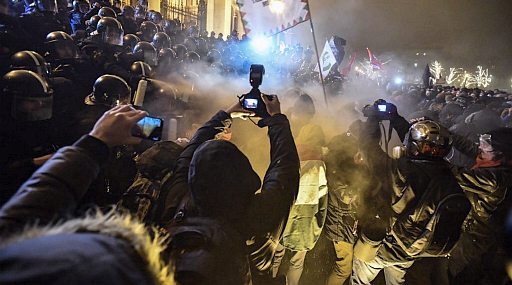 Thugs trying to break into the state TV building, repelled by tear gas

As reported here a few days ago, a rent-a-riot funded by George Soros recently came to Budapest to stir up trouble, throw things, and light stuff on fire. The intention was to provoke a reaction from the Hungarian police so that the international media could bray in unison about the “neo-fascist regime” of Hungarian Prime Minister Viktor Orbán.

It didn’t work out quite the way the globalist progressives planned. The Hungarian authorities showed restraint, the interlopers looked like thugs, and the majority of Hungarians continue to support the Orbán government.

But that didn’t stop the Soros forces from trying more tricks. Below are two videos, two reports, and a series of photos from our Hungarian correspondents.

Many thanks to CrossWare for the translations, and to Vlad Tepes for the subtitling.

The networks are working too well, and the left-liberal press not only in Hungary, but worldwide, is worriedly watching the siege of the headquarters of official television channels. No, not because they are not medicated enough, but they are “burying democracy”, envision dictatorships, and 15,000 demonstrators. Of course this segment of the foreign press was eagerly waiting for something to happen to allow the “autocratic Orbán government” to be attacked, and this all-encompassing circus maximus was enough for them.

There is no doubt that The New York Times, Reuters, The Guardian, Euronews, and others waited expectantly to catch something where they could use their claws and not let go if it was Hungary. It is no surprise, therefore, that they were immediately singing worldwide about what a dictatorship there is in our country. For this they are assisting perfectly by opposition politicians in the Hungarian TV headquarters with their fake falls and welters. For example, when Ildikó Bangóné Borbély said into the camera of Anett Bosz Anett, that “it would be f***ing awesome if we were to lie down with our hands on our heads”

Of all that, the MSM see only this: 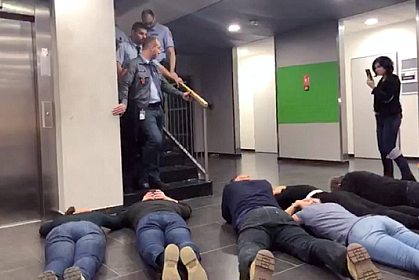 And now let’s see who, and in what form, are “worrying” about Hungarian democracy:

A meme video about the opposition

For the first time in recent history, the thuggish globalist Soros army has launched an operation from inside the country. So far they seem to have failed — but obviously the war has only just begun. The operation started with violent obstruction by leftist-globalist opposition MPs in the parliament. 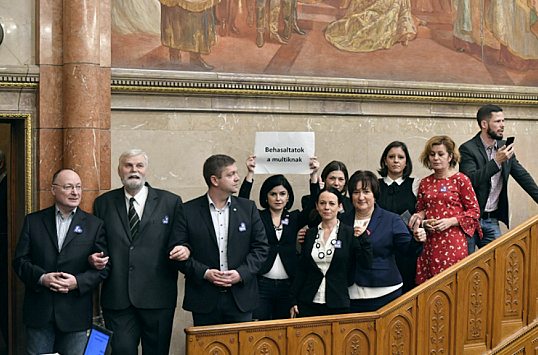 It continued with riots by Soros-thugs trying to set the country’s Christmas tree on fire in front of the Parliament. I attach some photos of the antifa-like riots.

Some days ago these opposition MPs broke into the premises of the state media and started to run amok, trying to violently break into studios in order to disrupt the live broadcast, and chased the media workers in the corridors. Let me recommend this article — it sums up the events so far. In the embedded videos in the above 888.hu article you can see the opposition leaders playing the victim, pretending to be terrorized by the state, but the camera was left rolling. Here the Soros clowns plan the action, but fail to stop the camera:

“If we lie down in front of the steps with our hands on our heads, we could shoot a f***ing strong picture.“ 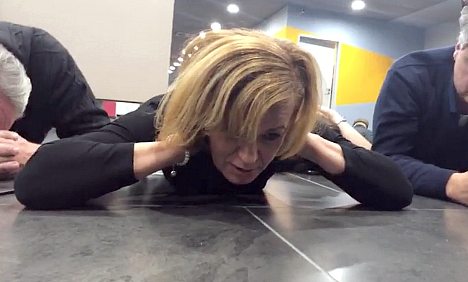 Now the whole country is laughing at these clowns, who could not even properly execute the Alinksy methods — even though they were recently trained by the Verhofstadt-Soros-Alinksy agents. The clowns simply forgot to switch off the cameras when they lied or played badly. Ridiculous.

Fun video: Leftist MP Ágnes Kunhalmi runs amok in the state media building and hits a closed door hard. They actually wanted to break into the studios but the doors had been closed by the security guards. www.facebook.com/Elegahazugsagokbol/videos/606423769791608/

The main goal of the enemy of course was to get “proof” of the Hungarian “dictatorship” — and so they did:

The staged riots are not over yet.

In reality, Hungary is peaceful and prosperous — only these few thousands of political activists cause havoc — but they make international headlines. At this point there is no real opposition in Hungary who represent the people: these MPs are the droids / puppets of the Soros army. So I think it is actually all about Orbán’s government backed by the people against the globalist army.

Inside Hungary the Soros army has failed so far — they have not managed to stage a Maidan-style “revolution” like they did in Ukraine. But they did manage to put further political pressure on Hungary with the fake “pictures of violence ordered by the Nazi Orbán”: in the wake of the staged, alleged “state oppression” Brussels triggered Article 7 sanctions procedure against Hungary again. This is war, folks.

Conclusion: I think this battle is mainly about breaking Hungary’s resistance against the Muslim invasion — and this is common knowledge in the country, spread by the state media far and wide. So it is completely understandable that the rage of the enemy is now focused on this media, which openly tells the truth about the hijra and the jihad, no-go zones in the West, etc.

This is probably one reason why the Soros-army calls it a “fake-news factory”, and launched an attack where thousands of thugs tried to break into the building, and MPs ran amok in its corridors. And they attacked other right-wing media buildings as well. They simply do not want us to know the truth about Islam and jihad. 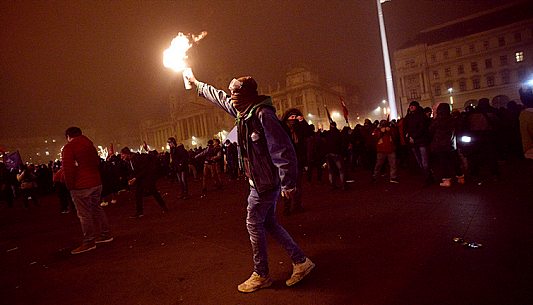