JLH sends some pop-culture commentary for a Sunday afternoon. 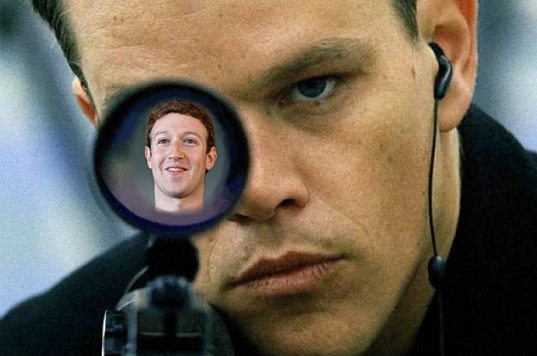 Hate Speech and Other Unspeakable Things

Hollywood loves teaching the unwashed. Any man-caused (sorry — I am a little old-fashioned for the other 76 genders) disaster — such as totalitarian-ism or a nuclear holocaust — can be traced to corporations driven by greed and a lust for power (see Resident Evil), or too-powerful government agencies. The series of films starring Matt Damon as Jason Bourne has selected (US) intelligence agencies. Time and again, the story plays out the same way. Jason survives another level of ubiquitous evil. And the agency never cures itself.

I just watched the re-re-re-make of the original Jason Bourne — a man tortured by the deeds he was brainwashed into committing. But wait, the man who recruited him says he did it all voluntarily. Whom to believe? Well his old recruiter and han-dler seems sincere, but, let’s face it, Matt Damon is much better looking, and much better at looking tortured. Besides, they keep killing all the people who try to help him. His only weapon against a monstrous government machine is his continuing winsome appeal to rather nice young women, who volunteer to help him and (don’t) live to regret it.

Once more, Matt Damon shows that he is unparalleled at power-walking to ominous music with a compelling rhythm. Highly classified government villains — in this case Tommy Lee Jones — issue unpalatable orders to unattractive underlings. Jason keeps on walking, stopping occasionally to destroy one of the underlings. Undisturbed by the apparently causeless and unexplainable traffic disasters taking place all around him. And undeterred in pursuing his goal (whatever that is).

But this time, there are some surprises. After his first female supporter becomes a sacrifice to the hunt for Bourne, a second young woman on the inside of the hunt appears to become sympathetic, and suggests that he could change (by not killing every-one who tries to kill him). Unfortunately — and inexplicably — he comes into possession of a recording of her speaking with her CIA superior, in which she admits that if she cannot “bring him in” Bourne will have to be “put down.”

But it’s all right! A young man who was corrupted by the money offered by Tommy Lee Jones for the start-up of his ambitious social media project has entered into a dubious agreement to allow the government access to the secrets of its users. In the film’s redemptive scene, the idealistic young man publicly renounces his arrangement with the CIA. Even the slow-on-the-uptake, senior members of the viewing audience get the point. People who create social media are essentially good people. They have only pure souls and good intentions.

6 thoughts on “Hate Speech and Other Unspeakable Things”