After a long hiatus, Jonathan Hanks returns with a guest-essay on Brett Kavanaugh, Elizabeth Warren, and the carnival freak show that American politics has become. 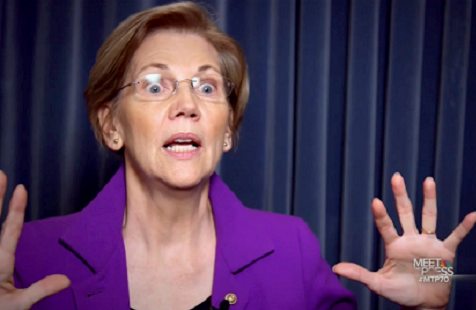 The past few weeks have been a tumultuous time for the nation.

With the extraordinary spectacle of the Kavanaugh hearings we were all brought to the brink: not only of losing our democracy, but our collective sanity, as well.

You, and I, and millions of other decent and concerned citizens from wide-ranging points of view were horrified, and spent many sleepless nights over the Kafka-esque and circus-like atmosphere which commandeered not only the confirmation proceedings, but the life of the nation itself.

Supposedly wise and prudent lawmakers publicly undermined the bedrock of our Constitutional Republic, all while poring over high school yearbook entries from the early 1980s with the gravity one might have expected from a Stalinist tribunal.

And then, when it seemed like we were right at the breaking point, Sen. Susan Collins of Maine stepped onto the senate floor and addressed her colleagues, and her fellow citizens, and the world — and dispassionately, and intelligently, and articulately brought us back to our senses.

Yes, some of us wept. But for many, and I suspect even most, this was ultimately an insufficient catharsis. The sturm und drang of the preceding weeks required even more serious medicine:

Ladies and gentlemen, may I present, Senator Elizabeth Warren.

In one fell swoop, and in what must be one of the most ill-advised political stunts in recent memory, we were finally free to do exactly what was needed most: Laugh!

Within hours of these solemn and pretentious and supercilious pronouncements that somewhere far in the distant past, somehow one thousandth of a remote ancestor’s DNA had managed to make its way into her genetic makeup (and thereby made her way up the academic ladder a whole lot easier), the well-deserved cacophony of contagious lampooning and old fashioned belly-laughter broke out.

Names like Faux-cahontas, and Liar-watha, and Fake-agawea were freely bandied about in public: we all started cackling like a high school sports team who’d drunk a few too many brewskies after a Friday night game.

But it was OK, because this was just the medicine that the nation needed most.

You see, sometimes the lie is so great that the best and only effective retort is hilarity.

And people with a functioning Bill of Rights can afford to laugh.

So thank you, Sen. Collins and Sen. Warren.

Each of you had your part to play in our national healing, by reminding us who we are.

Previously by Jonathan Hanks: A Picture is Worth…