The following essay about Nissar Hussain and Islamic apostasy was posted on Thursday by UKIP Daily.

Terrified by Islam — Its Apostates (ex-Muslims)

As a typical UKIP Brit you may fear for the future of our culture, our civilization even, as it is battered in the unattributable “War on Terror”. Yes, we are apparently fighting terror, terror without a cause, a first-mover, a motivation — and just try designating the likely originators of the next horrendous attack. Despite the statistical likelihood of the perps coming from a particular group being clear enough for a 10-year-old to have a good guess, be careful… and if you do, Chief Constable Dick may just get her knickers in a twist and fire off emails to her “experts” as to whether such calumny can be allowed to stand.

Experts, that’s a term to mull over — Vyshinsky might have clarified matters for her, as he did at all those chilling show trials for the recent occupants of the Lubyanka — never needing to return for too long a stay after the judgement, of course. Useful, contemptible, amoral or pliable experts are two a penny, as every totalitarian instinctively knows. (If the use of the “knickers in a twist” phrase is thought of as sexist — it is not. It is being used here as a simple term of contempt for the actions of this time-serving Common Purpose enabler.)

Now, we can act: by voting, by marching, by berating the dopey Momentum-indoctrinated students as they flip burgers, but there are others who daren’t take such actions. They are unable to focus on normal life, let alone take effective action because they are terrified, right now — every hour of every day. And justly. And “our” government ignores their plight. And the police abet the Sharia-enforcing terrorists. These vulnerable people are the apostates of Islam for whom the Sharia lays down the death sentence for their heinous offence — even in Bradford.

However, a few, a special few are forged in the heat, steeled to turn and face the encroaching inferno. Driven so hard, year after year, something alters inside and they find they have morphed into a different kind of person. Such people, seared by the intensity of what they have faced, by the disappointment at the failures of those supposed to be aiding them, they develop a cold fury and complete — and realistic — contempt for the system, for the Janus-faced politicians and for their gutless salaried and pension-hugging lieutenants. Such people can only be stopped in one way — and even that holds no fear for them. Better to have faced down the cowards and the fools than to have bent the knee and surrendered.

Bradford has produced such a son. Nissar Hussain has told his story in a talk videoed at a UKIP branch meeting in Barrow (Google — A talk by Nissar Hussain). His story is compelling and the failures of the state and other organs are too long to list here. He is now writing a book on his experience as a convert from Islam and the Muslim community’s reaction to his apostasy — and it is not of the multi-culti, hug-fest type of experience the Anglican hierarchy would have you believe it would be.

It begs the question: what happens to such brave individuals when the Muslim population grows to dominate whole swathes of the country with no real push-back from the authorities? If what he and his family face today is any indication, the religion must reform its laws on apostasy or the native population will have to decide when to take back real — not the chimera of — control of our streets. Without this, the Nissars of this world will face annihilation.

As we all know in UKIP, Gerard Batten is up to the job and ready to face off the apostate-genocidists, and because of this he is vilified by all the lecturing right-on folk out there. Even Nigel Farage, the great man of Brexit now playing to packed venues as a pastiche of himself, regaling the paying public with his old jokes and music hall face twists, is critical of the turn UKIP is taking. But if the people voted to get control of our laws, then surely ensuring the Sharia supporters are dealt a terminal legal blow with regards to their uber-hatred of apostates is emblematic of that cause.

The worst crime in Islam is to leave the religion, and to do so is deserving of death. Surely it is time to inform all the supporters of such a disgraceful verdict that their citizenship is being revoked or they agree to reform the medieval and barbaric code. If not, why not bring back breaking on the wheel, or quartering?

Nissar’s story clearly demonstrates how matters are spinning out of control, with his fate being such that his only option was for the Police to escort him out of his home and send him on his way to a non-Muslim area. Is that it? Are parts of our country now so ungovernable that a man cannot choose his faith and be assured of a normal life in the community into which he was born? Yes, that is the case. And that, simply put, is the case for affirming that our state has failed and stern and resolute action is now called for. 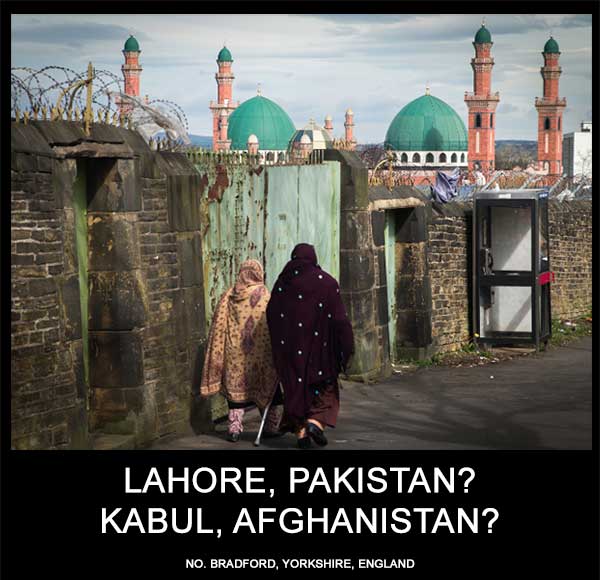 The followers of the Sharia, the Muslim community, all need to understand that the Sharia will never be enforced in this country. Governments that now fail to make this clear will be judged as a criminal cohort in league with the apostate genocidists.

May and her crew need to understand that Article 3 of the 1948 Genocide Convention maintains that governments which allow “incitement” to kill apostates (i.e. as called for by all Islamic law schools — Sunni and Shia), and inaction on their part in dealing with the threat (i.e. as evidenced by the life of Nissar and his fellow apostates across the UK), are complicit in genocide.

It is now time for our government to address the threat to our freedom from the Sharia and to the lives of apostates, or to know that they will face the consequences when they sit in the court — and I do not mean of public opinion.

10 thoughts on “Terrified by Islam — Its Apostates (ex-Muslims)”