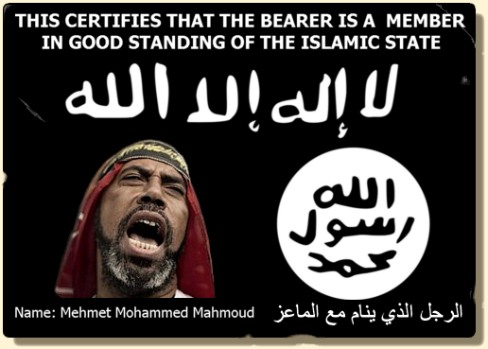 The Cologne police acknowledged that the McDonald’s attacker might have caused significant carnage if his firebomb attack had gone as planned. The alleged perpetrator is a Syrian “refugee” who is said to admire the Islamic State. Yet the last I heard, the authorities deny any connection with “terrorism”.

Presumably that’s because they failed to find an ISIS membership card in the guy’s apartment.

Oh, by the way — he also has “mental problems”.

Miss Piggy, who translated the video and text, sends this snip from an eyewitness account on the news site Express.de:

“I was standing in front of the main train station in the square and talking on my phone and suddenly I heard screams. Several screams, very hysterical screams, “ she said. As she turned around and she saw that McDonald’s behind her was very dark and flames were blazing out. At that moment, two women had run out. They were running for their lives.

“One hat their foot burning and the flames were already high up to the hips. Then a passerby came and tried to help the girl, trying to take off her shoe, take off her socks, because everything was already on fire. At some point he did it. And then someone came out of the nearby pharmacy and provided first aid.”