Our German readers are probably familiar with the attack on Götz Kubitschek and his wife last Saturday in Frankfurt, but people who don’t follow the German-language news have most likely heard very little about it. Rembrandt Clancy sends this digest of the available information on the incident. 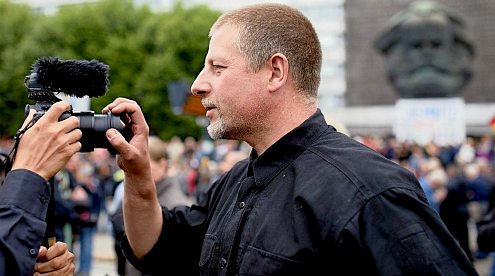 Götz Kubitschek is a well-known German book publisher and journalist who resolutely places himself to the right of the political spectrum: “Where there is a Left, there must be a Right and if there are intellectuals of the Left there are intellectuals of the Right.” For Kubitschek “Right” is virtually a brand name, even though it is weighted with a negative, “denunciative” or “pejorative” valuation, whilst the Left draws normative descriptors. For the executive editor of Sezession, the only journal for right-of-centre intellectuals in the German-speaking world, being intellectually to the Right is a “metapolitical theme” also for Antaios-Verlag (Antaios Publishing House), which he founded and still manages from the old Schnellroda manor in Saxony-Anhalt. But it is not a question of promoting the word “Right” or “right-wing intellectual” as an end itself; rather, it is a task of Antaios to turn the word “Right” into a positive concept. To be intellectually to the Right in today’s world is clearly more interesting, firstly because its ideas are new; and secondly, because it tackles matters in a different way, hence yielding a more accurate description of reality. (Interview with Kubitschek by RT Deutsch, Der Fehlende Part, 2017).

Writers such as the Austrian Identitarian leader Martin Sellner find a home at Antaios-Verlag. Kubitschek recently published Finis Germania, or “Germania, You are Dying” by the late Rolf Peter Sieferle and thereby called up an hysterical storm among the established press in Germany. Gates of Vienna published a translation of the book’s third chapter entitled “Mythos VB [Vergangenheitsbewältigung]” or “ The Mythos of Overcoming the [National Socialist] Past”.

The Neue Zürcher Zeitung was the first to report the attack by three hooded men on Götz Kubitschek and his wife after the Frankfurt Book Fair (Frankfurter Buchmesse) in Frankfurt-Sachsenhausen on Saturday 13 October. They were dining at about 2200 hours in the outdoor area of the Pizzeria dal Bianco on Darmstädter Landstraße, a situation which placed Kubitschek immediately adjacent to the sidewalk.

Kubitschek sits with his back to the street and cannot see the attackers. “I never do that otherwise. They came out of nowhere… then I felt someone kick me in the back of the head; I fell with my head against the top of the table and was dazed”.

Kubitschek continues to describe how his wife and an acquaintance were injured, saying “The entire affair lasted five to eight seconds at the most.”

Caroline Sommerfeld is an Antaios author and intellectual of the New Right. She was present during the incident and reports that when Kubitschek’s wife, Ellen Kositza, realised that the perpetrators were trying to steal a notebook computer and a satchel which were on the table, she held on tightly to the items. The attackers dragged her from her bench onto the ground causing an injury to her left knee and wounds to her head. A third acquaintance suffered a black eye and a cut to his temple from a flying bottle (unzensuriert.at, 15 October).

As the police further explained, the suspects are said to be 20 to 35 years old. They had already fled the crime scene before the arrival of the police. A politically motivated attack is not ruled out, hence the state security is investigating, said a police spokesman. “They know exactly who we are,” said Kubitschek. During the assault, one of the attackers is supposed to have shouted, “Kubitschek, we are going to f*** you!” [Kubitschek wir ficken dich!]. The publisher assumes a spontaneously organised attack from the camp of the extreme left wing. (15 October)

In his online journal Sezession Kubitschek reports that he, his wife and the other injured party have not been hospitalised. The police are now investigating, but he believes it will be practically impossible for authorities track down the three hooded attackers.

The exhibition hall housing the Frankfurt Book Fair is located about 4 km. from where the attack took place, but even sources closest to the event make no mention of Antifa disturbances this year. Nevertheless Götz Kubitschek’s own wily actions at the outset of the Fair make for a most interesting story.

During last October’s Frankfurt Book Fair, violent scuffles between sympathizers of the Alternative für Deutschland (AfD) party and leftist extremists centred around the Antaios-Verlag bookstand. This year, the left-leaning management of the Fair devised a “security” remedy which quarantined Antaios in a dead corner of the exhibition hall, ostensibly for their own protection. The Neue Züricher Zeitung (NZZ) describes how Götz Kubitschek then “led the Frankfurt Book Fair around by the nose.”

Kubitschek began by declining to participate in the Book Fair this year. However, unlike other conservative publishers such as Junge Freiheit, who were given stands in out-of-the-way places, Kubitschek found a way to occupy a prominent location where he could offer his products for sale amidst the leftist publishing houses. 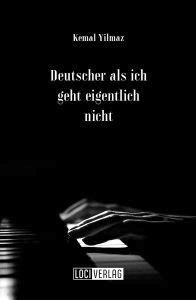 A Baden-Württemberg dentist and AfD operative, Thomas Veigel, who in June had founded a company called Loci-Verlag, acquired a prominent location in the exhibition hall. Around the time of the Fair’s opening day, Kubitschek announced that he had sold Antaios-Verlag to Loci-Verlag, but the former would continue under its own imprint. Loci was “perhaps the first publishing house to appear at the Frankfurt Book Fair without any books”, suggested the NZZ wryly. In fact, Loci did indeed have a book display; for example, one was by Kemal Yilmaz: “Deutscher als ich geht eigentlich nicht“ (There is Really no German Like Me).

But behind the jacket was a book from Kubitschek’s Antaios-Verlag.

Unzensuriert.at muses that the name of the new publishing house should have caused the Fair’s management to prick up their ears: “Perhaps not by chance, Loci-Verlag bears phonetically the name of the Germanic trickster god, the sly mocker among the deities.” Among his many tricks, Loki is known for changing his shape.

In their review of the press reports (16 October) covering this year’s Frankfurt Book Fair, the Sezession editors place the ‘Antaios and Loci’ strategy under the banner of the “konservativ-subversiven aktion” (ksa), a political protest movement which Kubitschek brought to life in 2008 at Humboldt University to counter leftist organisations.