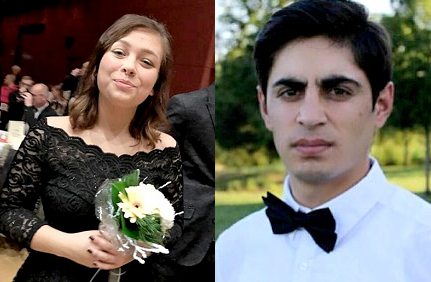 Last year we featured a series of reports about the murder of a 15-year-old girl named Mia in the German town of Kandel. The accused murderer was a young culture-enricher from Afghanistan named Abdul D., who was allegedly also 15 years old. However, he was plainly considerably older than that; in the photos he looks to be in his mid-twenties. One of the TV news outfits corroborated this assessment by visiting his hometown and talking to people who knew him.

None of that mattered to the prosecutorial authorities, who tried him as a juvenile. As a result he couldn’t be sentenced to more than ten years in prison, and when he pled guilty, he was given a sentence of eight and a half years. I don’t know how much time he will likely serve — in many European countries, offenders customarily serve about half their sentences, and sometimes less.

I’d bet money that he can’t be deported after he gets out, because his homeland is “unsafe”.

Video transcripts (note — the transcript is in three parts because the video was compiled from three separate original clips):