The following article was published earlier at Vlad Tepes in a slightly different form. 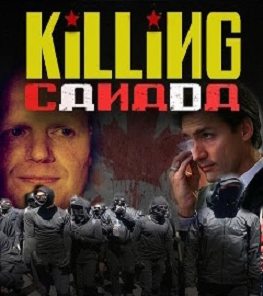 Michael Hansen, the maker of the important documentary Killing Europe, released his second project just this past weekend in Ottawa and Toronto called Oh Canada!, now renamed to Killing Canada.

The film in its simplest terms was about how various lawyers who champion the phoney human right not to be offended, at the expense of the genuine human right to freedom of speech, and certain government officials broke rules and used deception to cancel the showing of Killing Europe, as well as even cancelling his planned talk at the Ottawa Public Library on why and how they cancelled the film some months earlier.

Both Ottawa and Toronto audiences felt this needed to be seen by everyone, and most certainly in Canada.

And so Michael has now made it available on YouTube for free and for all.

Please send the link to all you can if you feel as strongly as we do that this movie exposes some of the truly pernicious machinery within Canada for the purposes of shutting down all discussion on certain transformational subjects. As a nation, Canada does not have a lot of chances left. One more term of Trudeau and its anyone’s guess what sort of culture and legal system Canada will have by the end. I suspect only the Swedes know for sure.

For all who appreciate Hansen’s work, please consider contributing to it here. I speak for many of us when I say that we would like him to continue making films like this one and Killing Europe. So if you feel it was worth your time, please consider donating to Michael, at least the cost of a movie ticket or two weeks subscription to the nearly fully Postmodern Netflix.

For those who have not seen Killing Europe and wish a greater contextual understanding of the documentary above, Killing Europe can be seen below in full.

Anyone who wishes to arrange a showing of either or both of these films at a local theatre, community centre or library or classroom, may download these videos from YouTube (please make sure you get at least 1080p version) and show them.

If you would like to arrange to have Michael speak to your audience after the showing, you may arrange this with him at the website www.killingfreespeech.com.