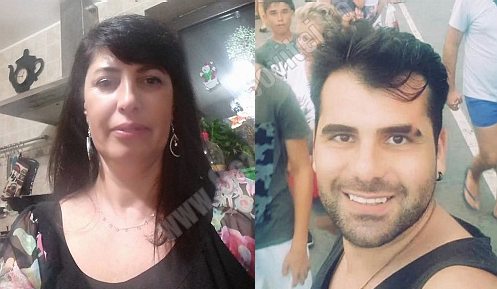 Angry culture-enrichers who burn women to death have apparently started a new trend in Romania. Our Romanian correspondent Stefan Cel Mare had just told us about an incident in which a Syrian immigrant incinerated a girl he was infatuated with. Shortly afterward came this completely different story about yet another Syrian who burned a woman to death in Bucharest.

Many thanks to cxt for the translation from Observator:

Syrian refugee arrested in connection with the Militari murder

A Syrian refugee is the main suspect in the Bucharest murder case. The man is suspected to have killed the woman who worked as a housekeeper in the Militari villa, most likely to take revenge on the daughter of the homeowners, who are also business people in the city. The Syrian had been released previously, although he was being investigated on a rape charge. He was caught last night and refused to talk to the prosecutors.

The man detained by the police is Mohamed Milad, a Syrian refugee. Surveillance cameras caught him multiple times visiting the villa in the Militari neighborhood [of Bucharest], belonging to the businessmen, where three nights ago, a woman was found murdered and burned.

The 32-year-old was a close friend of the homeowners’ daughter, sources from the investigation say. He visited her on the night of the murder as well.

The Syrian tricked his girlfriend by pretending he was leaving. He hid in the garden behind a tree, [he waited for the homeowners’ daughter to leave] and then he rushed into the house.

While the Syrian was hiding, the daughter of the owners left the house and went on vacation. The man was then alone with the 44-year-old maid living in the basement. On the burned body of the victim, the coroners found signs of physical violence. [Note: other news reports mention blows to the head, cuts on the body and the victim’s being found in a pool of her own blood. The killer then set fire to the house to try to cover his tracks.]

Prosecutors from the Bucharest Prosecutor’s Office and homicide investigators came to Sector 6 home for on-site investigation.

Mohamed Milad declined to make statements. The man arrived in Europe as a refugee and settled first in Germany. In 2016 some of the Syrian community there was in the midst of a big scandal after some refugees had committed acts of violence. [Note: the video report briefly shows a scene from the 2015/2016 New Year’s Eve mass sexual assaults in Germany.]

Last year Milad moved to Romania. Here he was charged with rape and arrested. But a few months ago he was released under judicial control. [Note: Another news outlet mentions that the Syrian moved to Bucharest in December 2017 and was arrested for a rape he allegedly committed in Bucharest in 2017, but the authorities didn’t deem him a danger to the public and set him free.]

The murdered woman worked for eight years as a housekeeper in the Militari home. On the night of the murder, the villa owners were on holiday.

The translator adds this note:

Gazeta Dambovitei names the victim as Ileana D and it includes both her picture and the killer’s.

5 thoughts on “Incinerated by a Syrian Culture-Enricher”