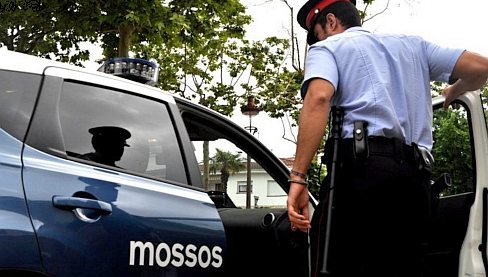 An image of a Mossos d’Esquadra patrol.

Many thanks to Pampasnasturtium for translating this article from La Vanguardia:

The Catalan police union (SME: Sindicato de Mossos d’Esquadra) has required that “the appropriate orders” be given to “disinfect” all areas, vehicles and spaces where Unaccompanied Foreign Minors (MENA: Menores Extranjeros No Acompañados) have been during recent weeks, and that the program against biological hazards such as scabies be applied ex officio.

In a (public) statement the association recalls the conditions that favor the appearance and spread of scabies, and explains the main symptoms.

It also advises not to mix work uniforms with daily clothes, and to wash the former with water at 60ºC (140ºF).

The recommendation arrives after minors with this status recently had to sleep in police stations, both those of the regional and municipal (Guardia Urbana) police forces, due to the situation in which the usual public reception services had collapsed.