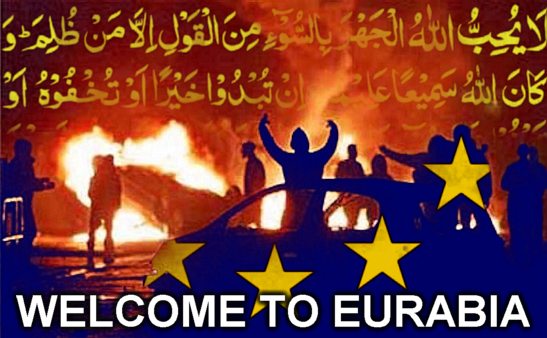 German President Frank-Walter Steinmeier has declared Germany “is a nation of immigrants and will remain so”, asserting: “There are no half or whole Germans, no biological or ‘new’ Germans”…

…“Racism and discrimination violate human dignity and damage our democracy,” he continued, claiming: “Immigration has taken place because we have repeatedly asked people to come — a situation which will continue to be true in the future.”…

…“There are no Germans who are ‘on probation’ and having to earn their rights in society again and again because their [citizenship] could be revoked on the basis of alleged misconduct,” the president said, insisting that there are “no half or whole, no biological or ‘new’ Germans; there are no first— or second-class citizens, no right or wrong neighbours.”

From: Breitbart London — German President Declares There Are ‘No Native Germans, We Are a Nation of Immigrants’ by Virginia Hale, 25th August 2018

Perusing the global media on a daily basis, one becomes so weary of the endless iterations of the deconstructionist oxymora ‘Racism!’, ‘Hate Crime!’, ‘Human Dignity!’, ‘Discrimination!’, ‘White Privilege!’, ‘Cultural Appropriation!’, ‘Alleged Misconduct!’ ‘Xenophobia!’, ‘Islamophobia’ and the rest of the juvenile effluent spewing from the mouths of the butterfly horde of the emotionally incontinent and intellectually destitute.

That these disinformation peddlers should populate every nook and cranny of Europe’s Political Estate, its Enforcement Arms, Academia and what once was known as the Mainstream Media but is now nothing more than a set of comic books for the vicarious entertainment of the perceptually retarded should profoundly alarm all rational native citizens. Collectively, this assault on and insult to our intelligence is nothing less than the implantation of poisonous mind-worms, the spawn of a malignant ideological plague that eventually will leave the Black Death looking like a minor outbreak of infection.

In the UK the overriding problem is none of those spurious assertions; it is the current imbalance between population density, available space, sustainable resources and a commonality of purpose created by Europeans for their use according to their needs, not as a source of bottomless largesse for the human detritus of every failed, unrelentingly primitive society on planet Earth.

It comes down to understanding the reason why, five hundred years ago, Europe began to race ahead of the rest of the world in the creation of viable self-sustaining nation states, engineering, art and technology. The reason is that the intellectual development of Europe was far more advanced than that of the rest of the global population outside of Oriental Asia, and if we are to make it intact through these times of enforced reverse evolution we must recognize that reality.

Geography, history and chance conjoined to evolve the advanced humans of Europe; the lack of melanin in our skin is an evolutionary adaption to climate. It is not a creator of privilege, but simply a reaction to diminished levels of ultraviolet radiation. It is pointless castigating Europeans for being white; in all situations what goes on between the ears of Homo sapiens sapiens is the defining factor, not the hue of the dermal envelope that contains them.

Thus, irrespective of faux claims of ‘enrichment’ and other fairy tales, all non-European incomers must be refused further entry without redress or appeal because the survival of long-heritage native populations can only be ensured by the reduction and eventual complete ejection of the byproducts of cultures that have failed to develop in parallel with us.

Furthermore, the overall population of these chill, windswept islands in the North Atlantic needs drastically reducing, perhaps by as much as half, not increasing, and the most humane way to achieve this is by closing the ‘In’ door and opening the ‘Out’ door with very strong incentives for all non-indigenous parasites and predators, legal or illegal or otherwise, to depart post haste.

The unavoidable alternative is that the worst aspects of our animal nature will surface as a survival imperative kicks in and we metaphorically start consuming each other as do rats that have been free range breeding in a closed environment with only a finite supply of food and water.

If you think that the preceding is over the top, go visit Paris. On the streets, look around as you wade near ankle deep through human excrement and try to avoid the attentions of the feral proto-humans that predate upon all and sundry, then move on and go watch the public grope-and rape-fests at traditional German cultural events in order to fully comprehend your racist enlightenment.

Go to London and walk around in the East End and south London far from the safe, gated communities of the Politicals, the gilded Banksters and the affluent chattering Middle Classes on the cheap wine, weird cheese and rubber-chicken circuit and watch the same breed of feral proto-humans butchering each other and anyone else with gay abandon in the interests of expanding their lucrative drug empires as the poisonous Muslim dwarf currently polluting the office of Mayor blames everyone and everything else rather than the cultural inclinations of the imported perpetrators.

Go to the northern Occupied Territories and see if you can find any white girl-children who have not at the very least been approached on the streets by 7th century inbreds with a view to being ‘groomed’ for sexual slavery… if you dare commit such a hate crime by entering into the now protected Sharia enclaves of the Religion of Death, Slavery and Atrocity and pose seminal questions, that is.

Whatever — we are past the point of no return, and this is our future, mine and yours and the whole of Europe’s, unless we stop this suicidal nonsense, focus and take our countries back and rebuild them irrespective of the temporary cost in blood and bullion.

— Seneca III, on first day of the annual carnage known as the Notting Hill Carnival, this 25th of August 2018.