Below is the latest report by Ashraf Ramelah about the plight of the Copts in Egypt. 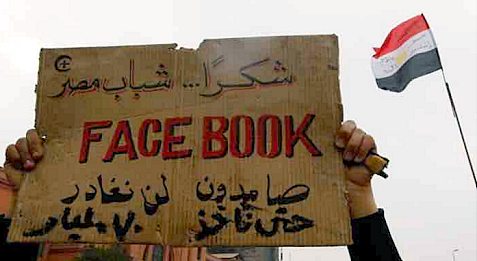 In Arab-Muslim countries limited-free speech is the norm, due to political and religious constraints. Tunisia and Morocco are not as severe as others. Middle Eastern governments often speak highly of liberty and democracy, especially when addressing the West. However, in reality, these regimes are totalitarian and dictatorial.

Islamic religious doctrine governs the state to a lesser or greater degree. The Quran and the Sharia forbid freedoms that are taken for granted in the West. Islam is a hyper-sensitive ideology with severe ramifications built into its doctrine. The world knows this, and our way to respond to it should be made a priority for debate in our society. Instead, we’re rolling it into our diversity dialogue and accepting it.

Social media have opened opportunities for expression, communication and debate around the world. Generally, a post will meet the approval of readers who agree with it and disapproval from others who don’t. Positive and negative reactions are always expected with any commentary. The more debate generated and held, the freer the society. Lately, in the West, this freedom has been inhibited by digital media outlets that engage in partisan censorship — a disturbing reality.

In Egypt recently, fierce disagreement leapt from computer screens and landed in the physical realm of Menbal. Egyptian law enforcement stood down and let a riot foment. According to reporters interviewing the scene in Menbal, it all began by a posted comment online — a lapse in someone’s limited-free speech. The Facebook post was taken as an insult to the Islamic prophet. As a result, a whole village was attacked and a man put in jail.

By using the man’s initials, the Egyptian media have hidden the name of the owner of the Facebook page where the comment was posted, although the locals know the owner is a 35-year-old man who cannot read or write. This means that no one from the IT community can investigate the page and get to the bottom of the remark (if one existed) by finding the author of the post. A digital witch hunt is thereby avoided, but vigilantism is not — an attack upon an illiterate man, his family and his village.

The alleged “insulter” of Islam is a Christian Copt. The local Muslim community is enraged. On July 9, Muslims retaliated in Menbal, knowing full well they have license to do so because religious blasphemy laws work in their favor with the police. Technically, there are no religious blasphemy laws formalized into state law, but this type of dispute functions according to Islamic religious law. It only takes a rumor to convict a Christian Copt in the courts when two Muslims are present to give “testimony” — no need to verify the facts.

Menbal is a small village in the Al-Minya province south of Cairo. The village is one of a few towns in Egypt that still remains with a Coptic Christian majority. According to the press, Mr. A.A. is the son of a local church baker and lives in Menbal, where he helps his father prepare the bread used for the weekly Holy Communion. Mr. A.A. is now under arrest and in police custody.

The plot for revenge was carried out against homeowners first with threats, then curses, and then rock-throwing as the streets accumulated with more and more revenge-seekers. The number of vigilantes was increasing by the hour. On the morning of July 10, after many houses were damaged, local police finally realized that the situation was getting out of hand and requested reinforcements, which turned the village into a military stronghold.

Meanwhile, local residents who were under siege and watching more violence brew turned to the local clergy for answers. Local Copts expressed disappointment in the posted content but astonishment as well with the thought that the illiterate son of the village baker might have the capacity to do it. Would the elders of the village church please use their wisdom to calm the escalating storm breaking upon them?

Then the swelling crowd of rioters demanded the immediate removal of the local priest. The local police assured the Menbal residents there was no need for alarm. However, knowing better, Copts began to secure themselves inside their homes, waiting for the worst.

Then suddenly a Facebook post appeared. This time it was from Father Makaryus apologizing to local Muslims. This act of peacemaking or submission did not subdue the trouble. Muslims ignored the post. The temperature was rising as their plot gathered steam.

The entire incident is an enigma. A man unable to read or write owns a Facebook page, which indicates someone else may be involved and is perhaps using his identity. As of this writing, there is no proof or evidence of the offensive remark. The authorities, represented by the press, are not disclosing information, including the name of the accused. Meanwhile, the accused man is known and has come under attack along with others and their property.

The incident is alleged to be predicated upon someone’s violation of limited-free speech. Furthermore, limited expression in Egypt and elsewhere is a violation of Article 19 of the Universal Declaration of Human Rights which states, “Everyone has the right to freedom of opinion and expression; this right includes freedom to hold opinions without interference and to seek, receive and impart information and ideas through any media and regardless of frontiers.”

Once again, the aims or negligence of the state remain hidden behind the press and the street vigilantes, with the local police falling into place. As recent history has proven, justice in the courts is unlikely to follow this crime.