I came across Shirin Hirsch roughly about the same time as I did the Afua woman (Part 7B) but this time from a different direction. For the 50th anniversary of Enoch Powell’s ‘Rivers of Blood’ speech the BBC or a production company commissioned by it began to prepare a programme using the voice of an actor to replicate the voice of Powell because only a few fragmentary recordings of the original speech still exist.

It would appear that in the process the BBC (or the production company) consulted across a range of well-known race-baiters and asked them for a contribution without fully explaining the intent to broadcast the replicated speech in full.

When this became known it resulted in several of those contributors publicly withdrawing their sponsorship. The foremost amongst them was one Shirin Hirsch, a young woman whom I had never heard of before:

…The BBC has responded to the criticism by urging people to “wait to hear the programme before they judge it.”

But Dr Shirin Hirsch, an academic at the University of Wolverhampton and a contributor to the show, said she was “disgusted by the way the BBC are promoting this” and had “made a mistake” for being interviewed.

She claimed on Twitter: “the producers are not answering my calls or emails where I am clearly asking for my quotes to be withdrawn”

Two things here put up my red flag; first that it was another Hirsch contributing to the deconstructionist dialectic so soon after the other; and secondly the name ‘Shirin’, which I recognised as a Muslim baby name meaning ‘sweet and pleasant’. The name is sometimes found within the Akan tribal grouping in Ghana, to which the Ashanti sub-tribe (more correctly ‘Assanti’) belongs (see 7B).

‘Curiouser and curiouser!” cried the Alice within me, and I decided a deeper look might well turn out to be productive. It was; here from Wolverhampton University’s web page:

Shirin Hirsch researches race, class and migration in post war British history. She is currently working on a public history project exploring Enoch Powell, race and resistance in the West Midlands. This focuses on the unstable relationship between Powell and his constituency and how Powell’s politics were negotiated in the area. 2018 will be the 50th anniversary of Powell’s ‘Rivers of Blood’ speech and to reflect on this moment, Shirin is working closely with the Wolverhampton Art Gallery and the artists Anand Chhabra and Jagdish Patel to prepare an exhibition on the speech and its impact in Wolverhampton. A number of events are planned in April involving the local community to draw out the memories of resistance in response to Powell’s speech and to document the experiences of ethnic minority communities in Wolverhampton. This project Shirin is coordinating has recently received/ shared Heritage Lottery funding.

I noted immediately that WU’s Faculty of Social Sciences is located in the ‘Mary Seacole’ Building. I knew, from past research into one of the biggest ideological scams of modern times, that there are at least two other Universities harbouring Mary Seacole buildings, Salford and Brunell.

Question: Who, then, is/was Mary Seacole?

Answer: A recently resurrected icon (and a very accomplished self-promoter) whose past became a carefully falsified construct of epic proportions that was foisted upon modern Britain by the butterfly horde of Marxist-Socialist social engineers who had been spawned by the pseudo-science of ‘Sociology’…and yes, you guessed it, Mary Seacole was not a native-born white Englishwoman, she was:

Mary Jane Seacole OM (née Grant; 1805 — 14 May 1881) was a British-Jamaican business woman and nurse who set up the “British Hotel“ behind the lines during the Crimean War. She described this as “a mess-table and comfortable quarters for sick and convalescent officers*” and provided succour for wounded servicemen on the battlefield. She was posthumously awarded the Jamaican Order of Merit in 1991. In 2004 she was voted the greatest black Briton.

She acquired knowledge of herbal medicine in the Caribbean. When the Crimean War broke out, she applied to the War Office to assist but was refused. She travelled independently and set up her hotel and assisted battlefield wounded. She became extremely popular among service personnel, who raised money for her when she faced destitution after the war.

After her death, she was largely forgotten for almost a century but today is celebrated as a woman who successfully combated racial prejudice. Her autobiography, ‘Wonderful Adventures of Mrs. Seacole in Many Lands’ (1857), is one of the earliest autobiographies of a mixed-race woman, although some aspects of its accuracy have been questioned, with it being claimed that Seacole’s achievements have been exaggerated for political reasons.

The erection of a statue of her at St Thomas’ Hospital, London on 30 June 2016, describing her as a “pioneer nurse”, has generated controversy. Earlier controversy broke out in the United Kingdom late in 2012 over reports of a proposal to remove her from the UK’s National Curriculum.

Now, I know not whether Afua & Shirin Hirsch are fruit fallen from the same tree or even related in any other way. I did, however, note with interest both a morphological and ideological resemblance, but that is all. 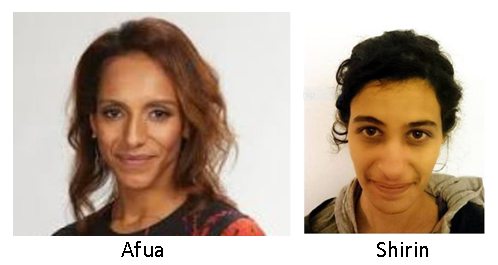 But it is worth noting that in Tottenham, where Afua Hirsch abides, the Akan demographic and language constitute only 1.1% of the whole, as far as can be determined in that roiling, highly criminalised melting pot.

As for my birthplace, Wolverhampton: I haven’t visited in over 50 years, but I do understand that English is still spoken there to a certain extent.

In summary, Enoch was correct, Shirin. There will be blood because we are in another cycle of the eternal battle for dominance, possession, control and exploitation of finite territory and its resources. There are no moral determinants involved here, because it is a survival fight between two mutually inimical groups. It will be the eventual victors, whoever they are, who write the histories, not you from your present lucrative, Heritage-funded academic pulpit, nor I from wherever that time may find me.

So, Nante yie, Shirin, or, if you prefer Swahili, Kurudi.

In conclusion I quote below from the work of Christopher Langan, the man with the highest IQ ever registered (200)… 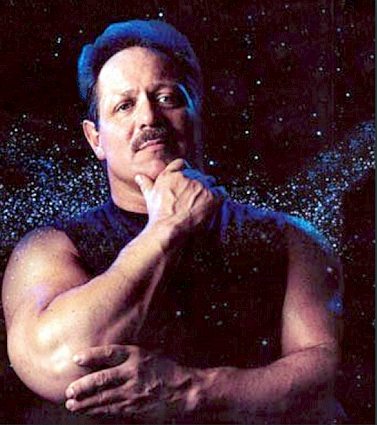 …and author of ‘The Cognitive-Theoretic Model of the Universe: A New Kind of Reality Theory’

…My view on identity politics is that it can be justified only if everyone of any ethnicity is entitled to participate, in which case it is necessary for all (because failing to assert it, as when White people of European ancestry fail to assert it lest they be branded as “racists”, means leaving oneself and one’s group defenseless against competition for resources and opportunity). Alternatively, lest any group be denied its identity while others assert their own, group identity must be equitably denied to everyone.

Human identity is stratified, and thus has both individual and group levels. Accordingly, we can (and sometimes must) reason in terms of group identity. But when group self-identification is officially granted to some groups yet denied to others against which they compete, this can only result in imbalance and injustice. For example, when some overpopulating groups which have overtaxed their own resources by reproductive incontinence and homegrown oligarchy are allowed to migrate into the sovereign territories of worldwide ethnic minorities — e.g., people of European descent — and enjoy special “oppressed” status whereby they reap special benefits such as free food, free housing, free education, free healthcare, affirmative action, reproductive subsidies, and special treatment under the law, and are even credited with moral superiority due to their alleged “oppression”, this can result in the destruction of the national, cultural, and ethnic identity of the hosts, leading ultimately to their extinction. Incoming groups which assert their own collective identities while denying their hosts any reciprocal right of political group cohesion thus amount to noxious, invasive, and ultimately lethal socioeconomic parasites. Obviously, any governmental authority which enforces or encourages such asymmetry — e.g., the European Union — is illegitimate.

Bear in mind that once we cease to treat individuals as individuals per se, thus allowing members of their respective groups to assert their ethnic, cultural, or religious (etc.) identities against their “oppressors”, their group properties and statistics are automatically opened to scrutiny and comparative analysis. For example, if after several generations of special treatment in the educational sphere (compulsory school integration, special programs, modifications of educational procedure, racially defined college admission preferences, etc.), a particular “oppressed” group fails as a whole to outgrow these measures, its members are no longer entitled to exemption from objective characterization in terms of associated group statistics; if one wants to enjoy the social benefits attending ethically loaded group-defined properties like “belonging to an oppressed group”, one must submit to rational policies formed on the basis of not just individual assessment, but empirically confirmed group-defined properties such as “belonging to a group exhibiting a relatively low mean IQ and a tendency to violently disrupt the educational environment”. Continuing to pursue racially parameterized measures of human worth and achievement can only lead to personal injustice, social degradation, and biological degeneration (because such measures inevitably supplant any rational form of social, economic, and reproductive selection).

In short, identity politics should either be shut down immediately, or the majority populations of Europe and North America should be encouraged to assert their own ethnic and cultural identities and group interests with full force. Any governmental, academic, religious, or media authority which tries to prevent it is clearly unworthy of respect and obedience.”

10 thoughts on “The End Times of Albion: Another Hirsch”