Sarah Champion is a Labour MP for Rotherham, the city in Yorkshire that has become synonymous with Islamic sex slavery. Our English correspondent Wat Tyler sends this report with the latest on Ms. Champion, including her attempt to wriggle out from under the weight of her history of truckling to Islam. 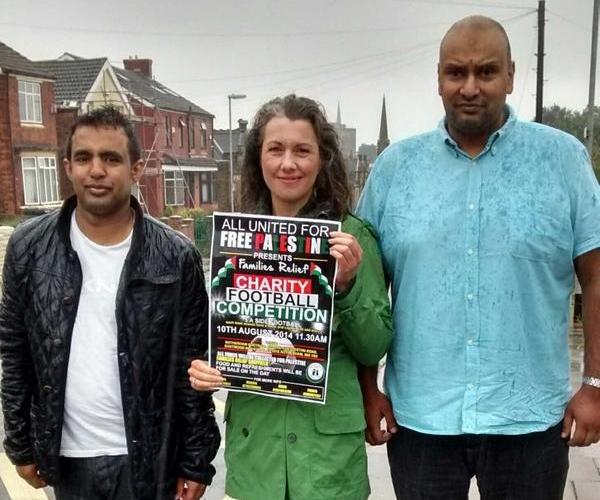 I wanted to draw your readers’ attention to this Times piece about Sarah Champion MP, and what a martyr she is made out to be for standing up to the muslim grooming gangs ever since it became politically expedient to do so.

Last August Sarah Champion was ousted from her position in Jeremy Corbyn’s Shadow Cabinet, where she had been Shadow Minister for Women and Equalities. As Stephen Evans of LibertyGB wrote last year:

I do suspect that Ms Champion has an eye on her future political career and is willing to sacrifice herself now in a bid to bank brownie points for when Corbyn and his cronies get the heave-ho and Labour return to a more centre-left position.

The Times article is behind a paywall, so I can’t reproduce it in full. The author is Andrew Norfolk, and the title is “Terror police boost security for MP Sarah Champion over criticism of Asian sex gangs”. This is the opening paragraph:

An MP who received death threats after condemning the sexual abuse of girls by groups of British Pakistani men has been given increased security amid fears that hard-left and Muslim opponents are trying to force her from office.

In other words, it’s the usual — she’s getting state protection and therefore she’s a brave martyr. What I find so irritating is the determination to direct people’s rightful outrage into worthless channels.

I am not aware of one thing that Sarah Champion has done to protect any girl, or to get any muslim rape gang prosecuted. Being a talking head after trial, conviction and sentence doesn’t count.

In February 2016, on the day that a muslim rape gang in Rotherham gang was sentenced for sex-slaving white British girls, she got together with muslim advocates at a public meeting to promote the message that muslim girls were the victims. See here, at 14:04 26 Feb 2016.

Remember: This is the day that the Rotherham rape gang were sent down. And what does Sarah Champion say about herself?

I’m in Rotherham, where local charity against violence, Apna Haq, are hosting a conference with local MP Sarah Champion and others to raise awareness of child sexual exploitation in Asian communities at Clifton Park Museum

She was teamed up with a group called Apna Haq, who went on Radio Sheffield that day to say that “Asian girls” were the victims, and to decry the “racist rhetoric” — the interview since been scrubbed by the BBC.

This is a screen shot of her speaking at the event: 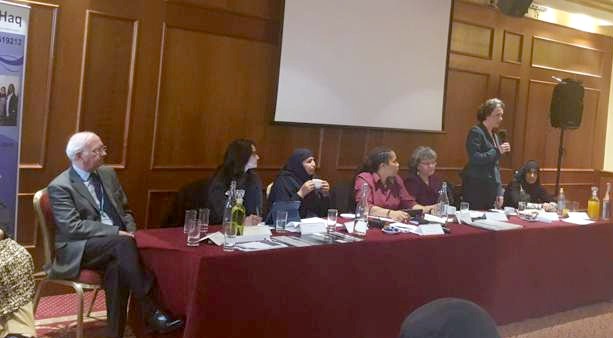 It seems that Apna Haq are among the people who have now turned on Sarah Champion. No one should have any sympathy for her now when she is attacked by her former allies.

Apna Haq are now the people who “supported and endorsed” the report attacking Sarah Champion.

What was she doing in the two decades prior to when these men were sentenced?

We know what she was doing a week afterwards, coming out with anodyne boilerplate in the local press:

Verdicts will make victims the ‘empowered women they were destined to be’, says MP Sarah Champion… ‘These convictions are a significant step forward in reassuring victims and in rebuilding public confidence that abusers will be brought to justice. I want to see more brought before the courts as quickly as possible.’

Mind you, she is no stranger to domestic abuse herself: “MP Sarah Champion tells of abusive relationship” — in which she was the abuser: “SHADOW domestic violence minister Sarah Champion told of her shame after admitting being arrested for an attack on her ex-husband.”

Note the victim language throughout. It’s not hard to see the same in the current stories about her needing, and getting, state protection for speaking out after the event.

I think this veneer needs to be stripped away. It’s scuffed up as it is, and she knows it. See this interview by Al-Beeb, of all people.

This is a lady trying to keep ahead of justice. She’s going to have to run faster than this.

21 thoughts on “Sarah, Champion of Islam”