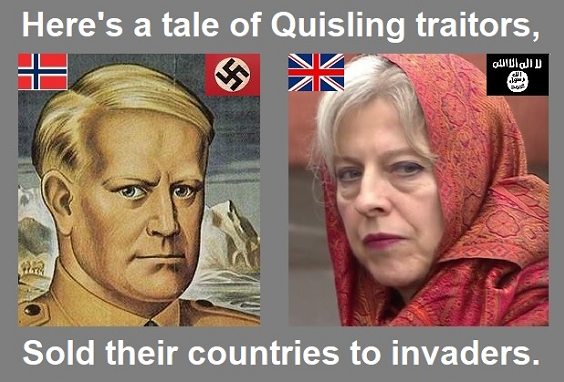 Here’s a tale of Quisling traitors,
Sold their country to invaders.
The first was shot in forty-five,
But many more are still alive.
When was there a referendum,
Ere our traitors thought to send ’em?
Rivers of blood would be the cost,
Enoch was right, now Britain’s lost.
Bombs and bullets, acid and knives,
Vans on pavements destroying lives.
Showing rape gangs now forbidden,
Poor old Tommy he’s in prison,
While to jihadis flats are given,
And ISIS killers all forgiven.

Hitler’s Nazis could not manage,
What our Quislings done in damage!
If Churchill were around today,
I’m confident that he would say:
“In older and more modern time,
Treason must be capital crime,
Patriots must be supported,
And invaders all deported,
Till our girls walk unmolested,
After British metal’s tested.”
Will saving Blighty come too late,
Before the Saxon learns to hate?
If saving’s coming, it can’t wait,
Or Islam will be Britain’s fate. 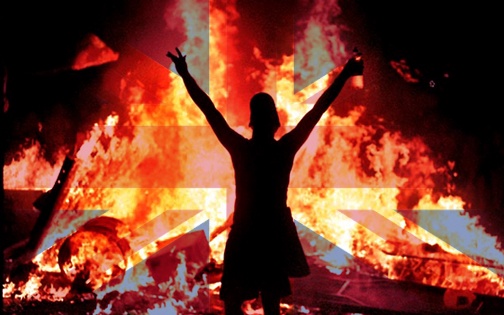 44 thoughts on “Patriots, Traitors and Invaders”