The following essay was originally published by UKIP Daily. 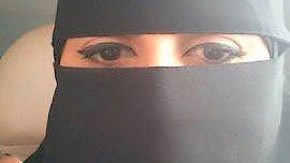 In Sharia, the worst crime a Muslim can commit is to leave Islam. No ifs or buts — death is the sentence, and that is why eight countries at that feted institution the UN treat apostasy from Islam as a capital crime. Not something much mentioned at their Human Rights confabs, but there it is. Better to pass another resolution against the Israelis for shooting violent Hamas agitators than address the genocidal threat against 1.6 billion Muslims contained in the Sharia and reflected in these national statutes.

So, if you are unfortunate enough to be a Muslim in Afghanistan, Brunei, Mauretania, Qatar, Saudi Arabia, Sudan, the UAE or Yemen, then don’t dare mention you kinda prefer that Jesus guy, or Buddha, or you think you could happily wash your hands of all religion. Best you hold on to that thought before going public. Which, come to think of it, is probably why practically none do. Last time one did in Afghanistan, he was quietly extracted and re-settled in the West. Too embarrassing for us to deal with and demand reform. Reform is not a word the Ulema (Islamic scholars) and the Qadis (judges and lawyers of the Sharia) like to hear. No whiff of innovation need be wafted in the general direction of their favoured 7th century practices.

Nonetheless, doubters there are. How many tens and hundreds of millions we can never know until they have that option to choose — without the fear of finding themselves in some dust-blown square with crowds containing silent fellow-sufferers looking on as their head is severed from the rest of their heretical self. Not the way many of us would choose to go.

The Iron Veil of Islam confines its “willing” slaves as covetously as the Soviets once corralled theirs behind their Iron Curtain, as suspiciously as a Dixie plantation owner watched over his, and as profitably as nineteenth century Arab slavers “migrated” tens of thousands of African infidel slaves down the Nile each year. These slave-holders were eventually humbled by the patient, enlightened peoples of the West who attacked the ideology of these barbarous states and fought only where necessary to contain and then squeeze the scheming shacklers.

Leaders today need to understand the ideology driving the apostate-killers and attack that, rather than bomb some poor hill peoples’ huts up some remote valley — at prodigious expense. The offensive has to be based on superior thought, not impersonal unconvincing technology. Islam arms its adherents with a terrible fervour and unearthly commitment, and can outstay the rest of us as long as its ideology — most comprehensively spelled out in the Sharia — retains its death grip on all Muslims who have reached the age of reason.

The West has a vision, a noble vision of free peoples — free to choose their religion, their politics, their sexuality — but has apparently forgotten how to defend itself from the truly intolerant as it has itself become intolerant of free speech. We must understand how truly great is our society, a culture that evolved over millennia and was handed down to us by bloodied hands for us to improve upon, not to throw away over some lefty dystopian chimera. We have to fight to defend those rights earned over centuries or continue the coward’s slouch towards the civilizational abyss.

And what is the West doing about it right now? What are we doing to defend the first and greatest liberty wrung by Luther from the grasping hands of the masters as he stood alone before them and declared, “Here I stand, I can do no other”?

Who stands now for the terrified apostates of Islam in this supposedly free state? Who hears their cry? No Luther, no Latimer and Ridley, no Cromwell, no Wilberforce. Not a peep from the elite. But down in the ’burbs there are stirrings. The Tommies of this world are forgotten but have not forgotten, and from within their ranks they are finding a voice and their own Tommy to lead the way.

O it’s Tommy this, an’ Tommy that, an’ “Tommy, go away”;
But it’s “Thank you, Mister Atkins”, when the band begins to play

Tommy will battle; Tommy will fight for his sacred rights. His efforts will be disparaged when victory is won and the bands play, but he knows, he knows with unerring certainty that without him his country and our civilization is lost. The bomber boys and the merchant marine took the blows, saved European civilization and, though slighted, went back to their Jerusalems to build something better in our bomb-scarred but still free land. When we have won this one too, as we certainly will, our Tommies will again turn quietly for home and wring what they can from fate.

The forces have been arrayed, and the keep that the more wild-eyed products of the madrassas will defend to the death is the Sharia, the foundation of the faith. And within their keep, in the great hall, hangs their black flag, their most venerated object. And stitched into this dark banner is the law which guarantees their commitment and their numbers — kill apostates.

That flag must be wrested from the wizened hands of the Ulema, the barbaric law unpicked from the cloth and Article 18 of the UN Declaration of Human Rights guaranteeing freedom of conscience woven in its place. It can then be rehung in the great hall of the keep to be venerated as it was of old. But by a reforming Islam, one in which its followers can call for innovation and come and go — as they please.

Until that day Islam remains a civilisation apart, a totalitarian relic.

14 thoughts on “Islam’s Apostates — Captives Behind the Iron Veil”