I’ve been away from my desk for a couple of days because I went up to the Wretched Hive of Scum and Villainy to hear Dr. László Szabó, the Hungarian ambassador to the United States, speak at the Westminster Institute in McLean on Wednesday.

I was able to have a chat with the ambassador during the wine-and-cheese period before he spoke. He’s a very engaging fellow, and we had a good discussion about the migration situation in Europe and North America. As I expected, he hadn’t heard of Gates of Vienna, but seemed genuinely interested when I explained the significance of our work on behalf of Hungary — that is, the work by CrossWare, Vlad, and myself: we are the single largest source of Hungarian political videos subtitled in English. We concentrate on Hungary because it is at the forefront of the resistance to mass immigration and Islamization, and Hungarian Prime Minister Viktor Orbán stands head and shoulders above any other Western head of government on those issues.

In his presentation to the audience, Dr. Szabó sounded much like us — more detailed and Hungary-centric, obviously, but on exactly the same page. At no point did I disagree significantly with what he had to say about the migration crisis, George Soros, the European Union, and the worldwide persecution of Christians.

The video of Wednesday night’s talk (and also, I hope, the Q&A) will eventually be made available. Gates of Vienna readers will find it of interest, so I’ll embed it here when it appears.

In the meantime, here’s the blurb that was sent out in advance of the talk:

Immigration and the Preservation of European Culture: A Hungarian Perspective

Hungarian Prime Minister Orbán stated at the end of last year: “we can say that for as long as the national government leads the country, we shall work intelligently, calmly but uncompromisingly to ensure that our homeland remains a Christian culture and a Hungarian country. And we shall do our utmost to ensure that Europe remains European.” Mr. Orbán’s Fidesz party won a sweeping victory in parliamentary elections on April 8th, guaranteeing him another term in office. 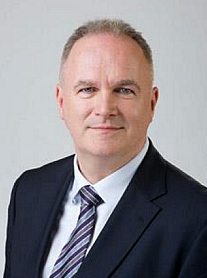 Dr. László Szabó, physician, businessman, politician and diplomat, has served as the Ambassador of Hungary to the United States since July 2017.

Prior to coming to Washington, Ambassador Szabó served as Deputy Minister of Foreign Affairs and Trade from 2014 until his appointment as Ambassador to the U.S. In 2014, the Government of Hungary decided to place trade and investment at the forefront of its foreign policy and looked for a seasoned business leader with widespread international expertise to steer the Foreign Ministry in a new direction. Prime Minister Viktor Orbán and Minister of Foreign Affairs and Trade Péter Szijjártó approached Dr. Szabó directly for this position.

Ambassador Szabó graduated from Debrecen Medical University in 1990 with a doctorate in medicine and practiced as a surgeon for several years. In the early 1990s, he shifted his career to the pharmaceutical industry. He spent more than 20 successful years in pharma and served in numerous international leadership positions, including Country Manager for New Zealand and the South Pacific, and Vice President of China Human Resources at Eli Lilly, the Indianapolis-based U.S. pharmaceutical giant. He also worked as CEO of Hungarian Operations at Teva, a major Israel-based pharmaceutical company. 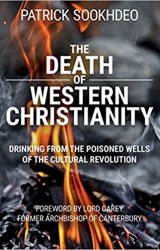 While I was at the Westminster Institute, I picked up a copy of The Death of Western Christianity: Drinking from the Poisoned Wells of the Cultural Revolution by Patrick Sookhdeo. Due to my eye condition, I can’t read the whole book, but I was able to sneak a peek at the section on “hate speech” while I was waiting to hear the ambassador — it looks very interesting. Dymphna is reading it now, and you may hear more from her about it after she finishes it.

5 thoughts on “An Evening With the Hungarian Ambassador”