This is a mirror of an essay from the website Studio Matters. Her questions concern the so-called “vegetative state” and at what point we may deem that any human being’s life is “unworthy of life”.

Maureen Mullarkey interweaves her writing with works of art which strikingly embellish and underline her points. Except for the first piece, the art she chose has been omitted to encourage readers to visit her page. As with all her essays, her choices of illustration reveal a thoroughgoing knowledge of art and its power to illuminate moral questions.

Alfie Evans is dead. Deemed unfit, the child was sentenced to death by dehydration and suffocation. We shun the term life unworthy of life but embrace its content. We mask the odor of it with smiling phrases like “end of life care,” cruel details dismissed in the “best interest” of the patient sacrificed to force of law. The act of killing is rephrased in the argot of compassion.

Language loosens constraint from the annihilation of life judged undeserving of the means to sustain it. With that language comes a sea-change in moral discernment. Our experts — lawyers, policy makers, opinion shapers, hospital administrators, doctors as well — have learned their phrases from the relatively new discipline of bioethics. It is the mental and moral vocabulary of bioethicists that provided the rationalizations at work in the sorrowful odyssey of Alfie Evans.

The lethal sympathy of bioethical theorizing has insinuated itself even into the conscience of clergy. British bishops, as a body, assented to those rationalizations. They wrung their hands but did not question the law’s refusal to permit Alfie’s parents to take their son out of the country. Not a single bishop demurred. While the child defied his sentence by breathing without life support, the bishops stayed safe and silent in their cathedrals. Worse, they challenged Bambino Gesu hospital to justify its offer to care for Alfie on medical grounds — as if clinical opinion trumped the morality their priesthood was pledged to protect:

It is for that hospital to present to the British Courts, where crucial decisions in conflicts of opinion have to be taken, the medical reasons for an exception to made in this case. 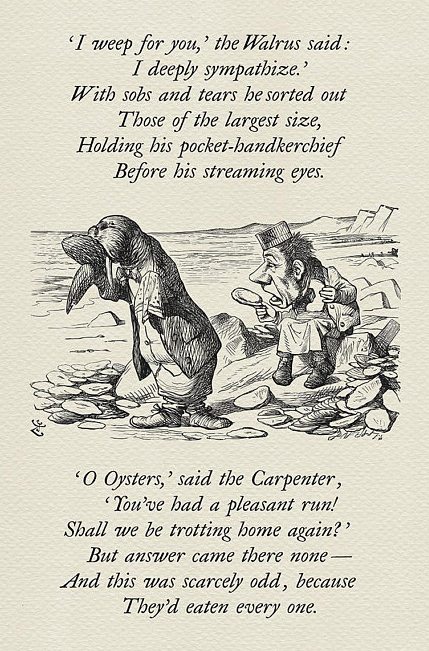 Required reading on the steady diminution of the ancient ideals embedded in the Hippocratic oath is “Annihilating Terri Schiavo,” a 2006 essay in Commentary by Paul McHugh, M.D., former director of psychiatry at John Hopkins. His early warning has gone unheeded:

“Contemporary bioethics has become a natural ally of the culture of death, but the culture of death itself is a perennial human temptation; for onlookers in particular, it offers a reassuring answer… to otherwise excruciating dilemmas, and it can be rationalized every which way till Sunday… The more this culture continues to influence our thinking, the deeper are likely to become the divisions within our society and within our families, the more hardened our hatreds, and the more manifold our fears.”

Looking ahead, he concluded: “More of us will die prematurely; some of us will even be persuaded that we want to.”

[McHugh’s essay is one of others on the limits of psychiatry collected in The Mind Has Mountains. The book is as pertinent today as when it was written.]

Simon Lancaster, writing in The Spectator, UK, spotlighted the term vegetative state. This was the wording at the core of Alfie Evans’ state-mandated extinction:

“There were two words that stood out in Mr Justice Hayden’s judgment: the idea that Alfie is in a ‘semi-vegetative state’. These words stood out for the simple reason that Mr Justice Hayden intended them to. He put them in bold and in italics, one of only two occasions he chose to in the 12,000-word judgment. He wanted the words to grab our attention and focus our minds, forcing the other words around them to blur.”

So let’s do what he wants. Let’s focus on those words. What exactly does it mean to say someone is in a ‘semi-vegetative state’? Does this term have any scientific validity? Well, a search through the Lancet produces a round number of results – zero. And if you Google the term ‘semi-vegetative state’, most references are about the Alfie Evans case.

Vegetative state is a purposeful misnomer that blunts our recognition of the humanity of a living person. Lancaster quotes a London doctor who rejects the term:

“What is scientific about it? Wherein does an unconscious man resemble a vegetable? Photosynthesis? Roots? Edibility? Science implies precise observation, confirmed by demonstration, leading to logical conclusions. I challenge anyone to demonstrate to me the vegetable attributes of a man.”

That recent article brought to mind an impassioned essay written some 15-20 years ago by a clinical neurologist on staff in an American teaching hospital. I did not take notes at the time. The name of the doctor, where he practiced, or where his testimony appeared is gone. Only the substance of his experience, and his drive to tell it has stayed with me, burned into memory.

He told of a single revelatory instant that shattered assumptions implicit in the vocabulary of his profession:

Together with young residents assigned to him, the neurologist was making routine rounds on the neurology floor. On this fateful day he was stunned to find among the patients his revered mentor in the years of his own residency. Here, lying in the ward unnoted, was a prominent neurologist whose research had advanced the field. The man in bed had discovered a particular chemical compound that was critical in the treatment of brain disorders. Now the neurologist himself was concealed within a vegetative state, declared insensate and devoid of cognitive function.

Shocked into a quixotic impulse, and forgetting the presence of observers, the doctor leaned over the man. In a clear voice, he addressed the older clinician by name and asked him a question that penetrated to the core of the inert man’s momentous achievement: “Doctor, what is the pH-value of [the critical compound]?”

Without moving or opening his eyes, the man in the vegetative state responded: “The pH-value is neutral.” It was the correct answer. He never spoke again.

O the mind, mind has mountain: cliffs of fall,
Frightful, sheer, no-man-fathomed. Hold them cheap
May who ne’er hung there.

Postscript: Pope Francis was admirable in arranging to have Alfie transported to Italy. And yet… He made no public rebuke to the British-Welsh bishops in their abdication. Forceful in declaring the right of persons to emigrate, Francis stated no opposition to the UK courts’ refusal to allow a sick child out of the country. Could not the man who stood at the Mexican border to incite support for illegal migration take his own helicopter to Liverpool? Francis puts his physical presence on the line for his own politics. What a tremendous act of witness it would have been had he stood outside the Alder Hey hospital to testify against the guise Lebensunwertes Leben wears in our time.

Bookmark Studio Matters. Her perceptions are keen, her art choices wide-ranging and eclectic.

18 thoughts on “Alfie Evans and the Lethal Sympathy of Bioethics”