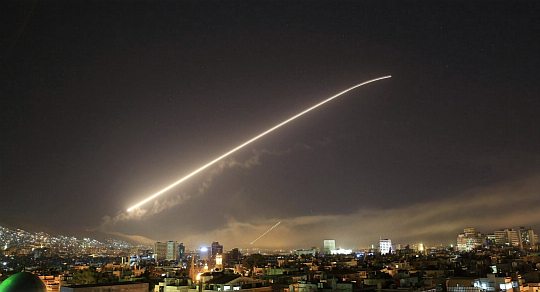 What They Said on Sunday

Two days after the first effects of Friday’s air attack on Syria had worn off, this is what some significant German-language newspapers chose to headline. Note how Macron moves easily in both camps.

Secret Fight. Data Surface — This is How the Syria Operation Went Down

US Rockets in Syria

Trump tweets “Mission Accomplished” and the Pentagon walks it back
Spiegel

In the Conflict over Alleged Gas Attack, USA Announces More Sanctions against Russia

Seven Years of War in Syria. The Suffering of the People.

Putin and Trump Owe it to the World

(All parties to the conflict must sit down together)

(despite numerous differences, Macron moves close to the US President)

Photos of the Destruction

After the Attacks on Syria, Diplomacy is Called for.

(Germany and France want to mount a diplomatic offensive)

US President Trump Speaks of a “Perfectly Executed Air Strike”

2 thoughts on “What They Said on Sunday”